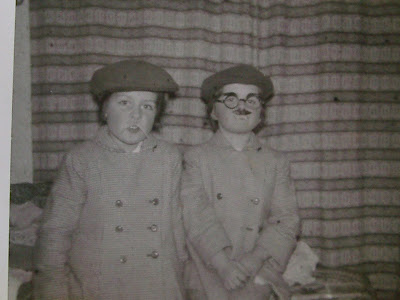 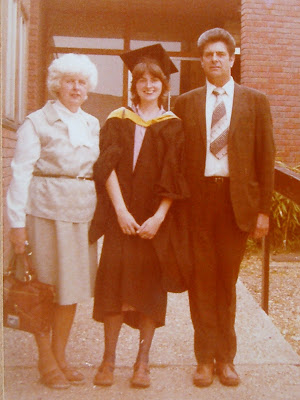 A few days ago I read something on the Internet about a Master’s degree in Conductive Education. It was a question asking whether there is a Master’s available, followed by an answer that stated that such a thing does not exist, yet:

There is a lot of confusion about

This question and its answer caught my attention because only the previous evening someone had spent some considerable time trying to persuade me of the benefits of my doing a Master’s in Conductive Education. She actually spent quite a lot of time trying to convince me that it would be very beneficial to do something that does not even exist. I already knew that such a masterate did not exist, or at least I thought I did, but I could not convince the speaker!

Apart from the fact that there are no Master’s degrees in Conductive Education to be had, I have no wish at the moment to do a Master’s. Even if I did wish to do one and had the huge amount of money needed to spend on it, I would choose a subject that would be beneficial to my career just as many other conductors have already done: for example, an MA or MS in special education for learning difficulties, or for behavioural disorders, or as another conductor who advertises online for work states she has, an early-childhood special-education degree and early-intervention development credentials.

You need only to look at Facebook or at websites that advertise CE services to discover the sort of things that conductors already choose to study at a higher level in order to increase their knowledge and their career chances in a highly competitive world.

I have many questions about a proposed MA in CE course, one of them being “Who is going to teach on it?” And another is: “Who would it be available to?”

I have attended three conferences over the past four years where I have listened to presentations about the plans that the Petö Institute has to develop a Master’s in CE. On one occasion I understood that it would be open to all-comers who could pay, and on another occasion I understood it would be available only to Hungarians. From the conversation that I had last week I understood again that it would be available for all of those who can pay, and presumably can afford to do a full-time MA, something that in this day and age is virtually unheard of, and that it is available. My understanding has since been corrected by the answer on the site mentioned above, no MA in CE is available at the moment for anyone at all, anywhere.

It is surely a bit of a chicken-and-egg story

To set up a masterate course one needs a large number of interested students and a large enough number of qualified teaching staff.

To teach on a university master’s course presumably one needs more academic qualifications than a conductor’s diploma, a BA and a post-graduate teaching certificate.

If one wanted to carry out an academic research project in an aspect of conductive pedagogy or upbringing that would lead to a Master’s degree it would be virtually impossible to find a university locally to accept it. There are probably no more than a couple of university lecturers in any country who are sufficiently knowledgeable about Conductive Education to supervise such work.

What does this mean for the practicing conductor?

As far as I am concerned I do not need another degree to my name to carry out the work that I so much enjoy at the moment. I also at this moment do not have the money to pay for a master’s degree or the wish to move home again and perhaps even change the language in which I live in order to follow such an unnecessary course of study.

If in the future I should feel the need to study for a Master’s, and in a position to pay for it, I would do as I suspect most conductors who have taken this path have done: find out what is available at the local universities in a relevant department or faculty, then chose a line of study, either by lectures or research, one that best suits the direction that my work is following.

A “Master’s in CE” is perhaps for someone other than a conductor.

What a fearsomely complicated question. You have made a start to peeling back the corner of another of those topics in CE that on the surface look so obvious but really, underneath, are so very complicated .

I do hope that others in and around CE (not just conductors, but also the elusive 'Who else?' at the end of your posting, make as bold and offer their own equally frank positions of what, if anything' they might like to see at masterate level.

I might have a go myself over the summer, but really it is the would-be users, the possible market for such study, whose ideas should be really interesting here.

For the meantime your account ratchets my own thinking up a further notch. A masterate in CE, or perhaps in 'Conductive Education studies'? I hope that my inevitable question does not seem a snooty one –

What would be the academic knowledge-base for this?