One of the highlights of my week 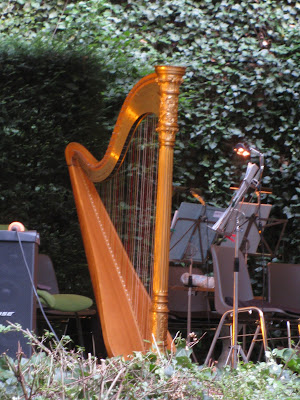 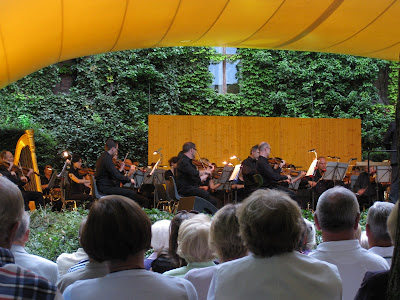 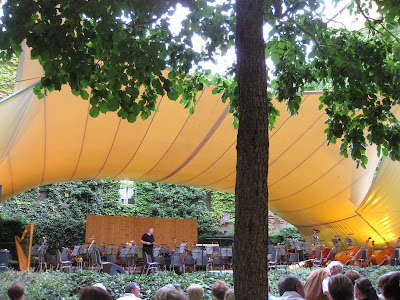 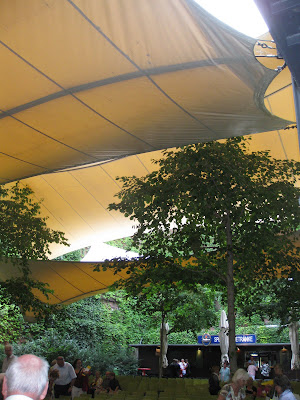 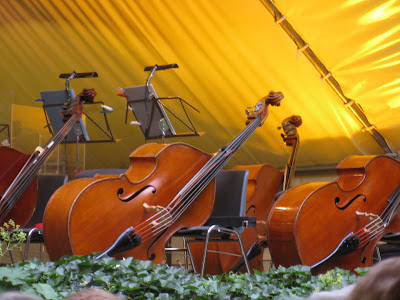 One of my Tuesday-evening workers' group invited me to a concert with her, her Mum and her group-leader at work. As our other group-member was on holiday in Italy my client thought it a good opportunity to give the people who helped her achieve her successes a treat.

And what a treat it was, even the amazing storm that we experienced as we left the open-air theatre, when the skies filled with fork-lightning and the heavens roared, was a sight not to be missed.

The concert was at Nürnberg’s Serenadenhof. This is a courtyard in a wing of the Congress Hall on the former Party Rally Grounds. I have attended many different summer-concerts here performed by the Nürnberg Symphony orchestra. The first was in the mid-1990s, Peter and the Wolf, and a more recent was a “Proms” concert when each guest was given a Union Jack to wave.

This week’s concert with the Nürnberg Symphony Orchestra, conducted by Detlef Klemm, was called “BERLIN – PARIS – NEW YORK” , a journey through Revues and Musicals. It began with a wonderful overture by Paul Lincke, followed by another by Cole Porter.

The orchestra was joined for some numbers by a wonderful cabaret artist, a singer called Carry Sass from Berlin, who got the audience singing along with her. Even without her. during the musical numbers. there were quite a few people mouthing words or humming along to their all-time favourites like: Für mich soll’s rote Rosen regnen ("For me is should rain red roses"), Kurt Weill’s Mack the Knife, Cole Porter’s I love Paris, and medleys from Piaf, The Sound of Music, Cabaret and West Side Story.

My favourite moments of the evening were while listening to the numbers from West Side Story and remembering how I would stand beside the gramophone as an eight-year-old, press the button on the reel-to-reel tape recorder and listen to my parents singing along to I feel Pretty, America and Tonight. I listened with such concentration even though I knew that I could enjoy the show again later when I rewound the tape and played it over and over again at my leisure!

It is amazing that although the 33rpm long-playing record of West Side Story is still at my Dad’s house, I probably have not heard those songs for forty years, but I remembered every word and also remembered vividly listening to my parents singing. I suppose it was very early Karaoke that we were experiencing in the 1960s!

To make the evening even more worthwhile, through talking to my client and her group-leader during the interval, we have since enrolled a very young stroke-client, only twenty-three years of age, to another of the adults' groups.