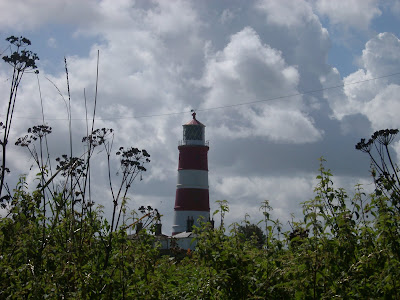 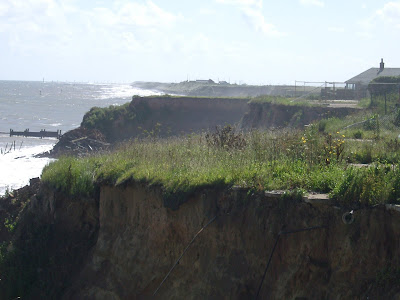 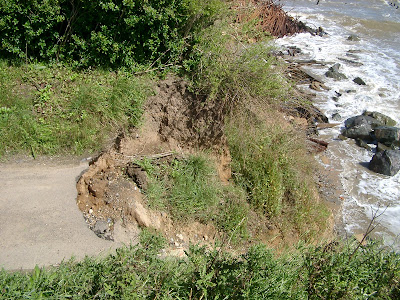 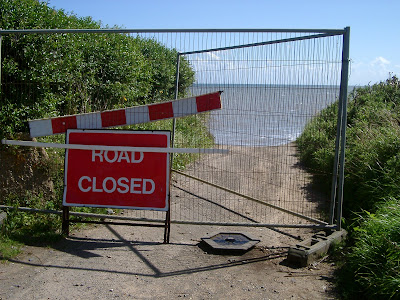 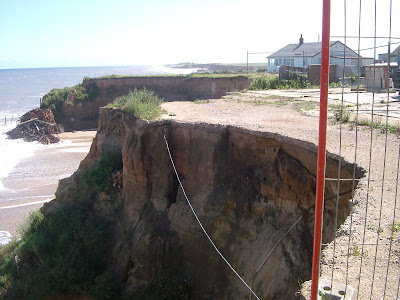 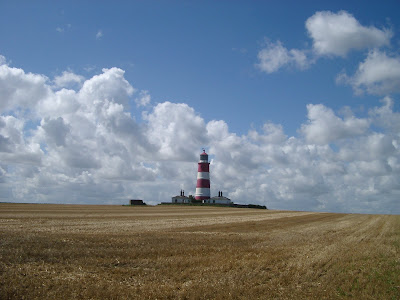 Happisburgh and its lighthouse by Susie Mallett 2004

Both of these Norfolks are experiencing similar problems, their coastlines and beaches are disappearing, both are being consumed by the rising seas. The powers-that-be who are in charge of the destiny of my Norfolk decided many years ago now that because the seas cannot be stopped sea-defenses would not be build. Millions of tax-payer’s money would not be used on a hopeless cause; hopefully it was used to financially support those who lost their homes!

Yes it was sad to watch as after each winter another stretch of our childhood-summertime playground fell into the sea. First the cliffs, then the chalets, followed by the coastal road and some big Victorian guest houses and tea rooms were consumed by the North Sea. In the summer of 2004 I took a boat trip along the Norfolk coast, from Southwold to Great Yarmouth and back. On the return trip our skipper took the boat nearer to the land and informed us that we were now cruising in exactly the spot where he had driven his grandfather’s tractor about twenty years before. We were about sixty yards from shore but well over one hundred yards from solid farmland.

Happisburgh was my family’s stomping ground when my sister and I and our cousins were small. It is now almost unrecognisable for me, even the teashop is not longer there, but our favourite landmark, Happisburgh Lighthouse is still standing. This red and white beacon is however little more than a corn field from the encroaching waters that in winter wreke an enormous amount of damage along our coast.

As Darryl Fears states in the Guardian Weekly this week one of the options for Norfolk Virginia is for its inhabitants to beat an organized retreat from the shore. Our fingers are crossed for our lighthouse that it will also be helped to make an organized retreat inland!