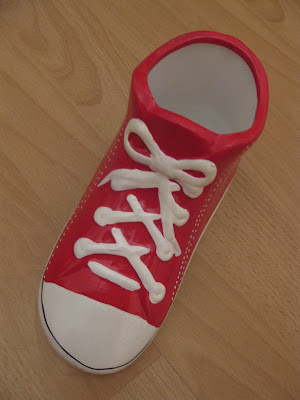 I was at the home of one of my stroke clients this morning and as part of our programme we discussed the following series of videos recently posted online:

They have been commented on ironically on Andrew Sutton’s Facebook, and also turned up in my Google Alert in-box.

I think that my client has a very good comment to make about them and I believe that her observation could quite possibly be right. She seemed to have hit the nail right on the head as far as I am concerned as she explained to me what it is about these films that she found so disturbing. It described my feelings about them too.

My client said that this lady appears to be listening to a tape-recording because there is no client-conductor contact: it is all so very impersonal and mechanical and not at all like her own experience of conductive work, either in the group or in an individual session. I must admit that I had been appalled when I first watched them by this lack of personal contact, with no communicating between personalities and souls, but I had at that point not considered the voice heard to be a tape-recording.

My client also said to me that if she does not get help to achieve a movement, or help to correct her position, she does not develop the wonderful feeling of success that she gets when she is given this assistance, and she cannot learn to improve the control over her body and limbs. She said that she often tries to practise on her own, though not with a programme like this. She explained that it is not possible to do this programme alone, like this lady is doing, without becoming despondent through a sense of not exactly failure as such, but not one of success either. She said that if she would be left to make movements uncorrected as in this video she would know that she was not doing it exactly how she wants to and be far from content. She much prefers her style of practising at home: hearing her own inner voice while attempting to use learnt movements in her daily activity. Living conductively in other words.

She said that she would not wish to have a tape-recording of the programme, as she believes this video to show. She would rather achieve her success when alone through cooking the dinner, ironing the clothes standing up and then folding them, and then find success in a series of exercises when a conductor is present to assist her.

I thank my client for her views on this subject and for opening up my eyes. Her thoughts reflect in a way what I have been thinking since I was Google-alerted to this series of films at the beginning of the week, and also clarify some of this that I had not been able to order in my mind. I too had questioned what it was all about, asking myself and then my client: “Why is there a film here on show to the public of a programme, claiming to be “metoda conductive-education”, but with no personal conductive input when it is so obviously needed?

After this interesting discussion with my client today I begin to wonder whether this is actually a control video made by the client for her own use to assess her own abilities over a period of time. It is always a shame when there is no explanation on photographs and videos posted on the Internet. This could lead to a huge misunderstanding about what conduction is all about.

Thank you so much Norman, I searched for this as I had a hunch after talking to my client that there was a story like this somewhere. I was looking in the wrong places obviously.

It is interesting that it was my client, who is lucky to have me nearby to work with her and a little bit of money spare to pay me to visit her now and then, realised that this was probably someone working on her own with a story to tell.

Once again Norman thank you for taking the time to fill in the gaps.