Reflecting on a week 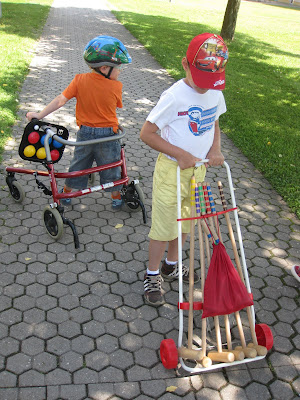 It turned out alright in the end, it just needed a bit of thinking about!

I always ask myself at the end of a week now it has been. I reflect on how I feel about the work that I have done and on Fridays I often write, together with the children, an illustrated letter called “Everything that Mama and Papa should know”. We do this so they too can reflect on their week, take note of all their achievements and take some of our thoughts on this home with them.

This week as I left work I surprised myself when I said to a friend: “That is the end of a horrid week”, because it was not a horrid week at all. It had in fact been rather a splendid week with lots of successful moments at work, nice times with my colleagues and a few social occasions that were rather nice too, some associated with work, others not. Some already mentioned here, others not.

The reason I felt that the week had not been as nice as it could have been at that moment on Friday evening was probably because the whole week had been over-shadowed by some work that I am not used to. There had been several meetings on the agenda alongside the normal everyday work in the different groups, that had taken up not too much time but a lot of our thinking.

I love most aspects of my work even meetings and having problems to solve outside the group but sometimes when they occupy too many thoughts then they seem to take the shine off everything else that I do. If I let it!

By taking stock of the week as I always do then I can turn the tables and see the week as something really positive, full of highlights and achievements and by doing so on Friday I could see that even those less pleasant activities of the week all turned out well in the end.

While I was sitting on the underground on Saturday afternoon on my way to another of the week’s highlights I took out my note book and made myself write about all the good things that happened to me this week.

There were some things happening this past week that I had almost forgotten about until pen touched paper.

There was finding Cousin Ed in Canada and his sister in Paris. Cousin Ed is the grandson of my favourite Great Uncle, the brother of my Grandmother who went off to Canada at sixteen and became a Royal Canadian Mounted Policeman. Cousin Ed works for a company that has contacts in Nürnberg, what a coincidence, so we will meet for the first time when he is in town at the end of the month. It is with thanks to my Mum’s cousin in the UK, who researches our family tree that we are now in touch.

There was the Seranandenhof visit that I have mentioned here ,and birdie's surviving the storms and leaving the nest. There was the story of little Princess and "daughter love" and a story yet untold of my Autistic client who for the very first time had no inclination to run away! What a success.

There was also the great success created by my purchases at the flea market, featured in the photgraph above, and to top it all great communication with parents and other people working with our children.

The new week has already begun, with expectations of more success stories, especially as we have parents visiting in all of our groups and having chats with all the people around the children.

I still have notes for the stories that got away. They will appear gradually over the next few days.