Transitions in the family 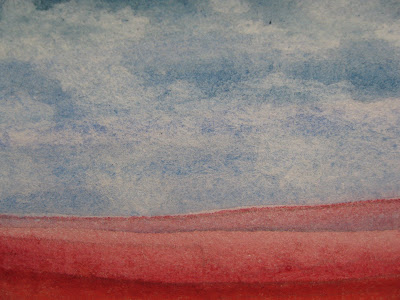 "Another summer storm on the way"
by Susie Mallett, 2011

I am off to work in a few weeks with Laddo who is now twenty-one years old and should really now be called Manno!

Not only because of his age does he deserve to be given a more manly name, more because of the new life-style that he is developing than his age. He is becoming quite a man-of-the-world.

His mother phoned just to check that plans were still as we had made them six months ago as they will be on holiday until the day before I am due to turn up for work.

With business settled I asked about Laddo and his life. Mum was so proud to tell me, and she knew also how pleased I would be to hear that her twenty-one-year-old son travels home from work on public transport, changing buses in the city.

We have practised it now for two years and although I have always believed it possible I also wondered whether, if I was the parent, I should say “OK try it alone today”. Laddo’s Mum has practised this too often meeting him halfway in the city to go for various appointments or shopping. Sometimes they would go home after the appointment in the car together and sometimes Laddo would go alone on the bus.

Laddo has also been making his regular, monthly trips to my conductor-friend in Paderborn and that has really helped to increase his streetwiseness! He can now look where he is going by his feet and straight ahead without stumbling or knocking into too many people.

Mum also mentioned that a lady had stopped her in the village bank to ask if it was possible that she had seen Laddo in the city alone. “Oh Yes,” said Mum, “that is quite possible”. The lady also went on to mention how sad she finds it that she cannot have a conversation with him when she sees him as she cannot understand what he says. To this Mum replied; “Keep asking him to repeat it until you do, he is very patient!”

She is right he is very patient just like Littlie with the black-eye this week, there is something in both these personalities that encourages them to communicate with people.

I first met Laddo and his family when he was six years old.

All of the family not only the parents but siblings, cousins, grandparents, uncles and aunts and also many of the eight-hundred local villagers, have worked all of Laddo’s life for his independence.

I think we all could not ask for more than to celebrate together Laddo’s twenty-first birthday and his freedom to go out on his own.

What a transition that family is going through, yet again.