A sniff of communication 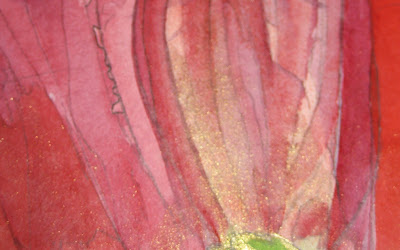 At the end of each week my Guardian Weekly newspaper and Time Magazine arrive, one on Thursday and the other on Friday. They last me all week. I take them with me on the occasional tram journey, read them over breakfast or with an afternoon cup of tea. They are a real treat.

I was on the balcony just now in the last few rays of evening sunshine with a cuppa enjoying the connection through my newspaper with England and the English language. I was thinking about how important this communication is for me.

There was a lovely Nature Report by Paul Evans, always one of my favourite pieces in the whole paper, especially when he writes from Norfolk. In the most recent article from Wenlock Edge his words reflect my own observations from my bike this week. “Something has changed”. It is not quite autumn but the greens are no longer those of high summer, the flowers are no longer fresh and bright and the early morning air has a chill again. I live far enough north in Europe for the flowers and birds and changes in the landscape to be similar to those at home. I can often relate what I experience here to his vivid descriptions of England.

I always read my Guardian Weekly from the middle outwards. I like to read the nature report and the book reviews first before I work forwards or backwards. I read Learning English and do all the lessons as if I were a student! I enjoy it when I get to the page with small articles in a column down the side in the Science section. Here I often find very interesting snippets, just as I did today. It was all about communication and also about disability:

“A fifty-one-year-old woman who was left paralysed and unable to communicate following a massive stroke has written for the first time in seven years, scientists say. The Israeli patient, who was diagnosed with “locked-in-syndrome”, typed an emotional email to her six children using a revolutionary device that is controlled by sniffing.

The technology, developed by scientists at the Weizmann Institute in Rehovot, Israel, is now being used by other severely disabled people to surf the internet and even control a wheelchair. One, a sixty-three-year-old quadriplegic woman who can barely speak, wrote her first letter in ten years with the device and has started using it to send emails.”

How wonderful that these two people, and hopefully many more, have rediscovered the joys of communication through technology.

I am forever thankful that since I have lived in Germany I have been able to communicate with the wide world via the Internet. The developments that have taken place in this field of technology since 1993, when we purchased our first computer, are colossal.

But despite the internet, emails and surfing it is the end of the week post that I enjoy more than anything, news from around the world that I can take outside with my cup of tea and read slowly.

I have been reading the Guardian since I was eighteen and the Guardian Weekly since 1989. I have been reading Time Magazine just as long. They are the very last things that I would economize on. I love this means of communication that lands in my letter box from the outside world. I have no television and no radio but I love reading newspapers!

To be able to read or be read to is one thing but to be able to respond is just as important. I also use technology and my blog to communicate.

Now these wonderful developments in technology have made a two way communication possible for the people mentioned in the Guardian Weekly article using the new “Sniff technology”.

It would be lovely if just a little more time and money could be spent on developing technology for the purpose of communication for disabled people. With access to such equipment many people would have their worlds unlocked and they could become more active members of society.

I have been asked in an email if I have any more information on the Sniff communication technology that I meantion here and if I know if it is avaialable commercially.

I could not find anything more on the Internet until Rony Schenker helped me out with a link to the Canadian newspaper report, Globe and Mail:
http://www.theglobeandmail.com/news/technology/science/sniff-technology-opens-world-of-communication-for-paralyzed/article1652964/

I have since found other links and the Red Orbit URL has a link to the full University report, but unfortunately my computer would not open it:

I have now read that such a devise would cost as little as ten dollars to produce and it has already been patented.

Hopefully we will see it on the open market very soon.

Great post, saw this on Guardian Weekly's Twitter! I am an avowed GW reader too. You inspired me to blog this morning! http://wp.me/pYNCu-O