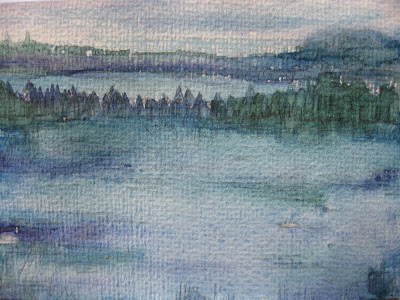 High speed rail and modern art, both in China

Both read about in Time Magazine on the high- speed train in Germany.

I think that it is common knowledge from my blog that I am a bit of a rail fan and a bit of an artist too.

As the daughter of a railwayman, the driver of stream, diesel and electrics, I grew up with all three almost running through my veins!
On ICE

I absolutely love it when I have to take a long train journey, especially when it includes a trip on the ICE trains in Germany or a double-decker regional train.

The ICE train from Nürnberg to Hamburg.
The one that I was actually sitting on for a very short part of its journey as I wrote this story, reaches 300km/h on some stretches of the track. Once or twice I have had the fortune to travel the whole way to Hamburg. The further north one gets in Germany the better the tracks and more often than not the screen in the corridor tells you that the speed is 300 km/h.

I could feel when it was nearing this maximum speed so hopped in and out of my seat quie often to check. It is quite impressive and to actually feel the speed in my body, while encased in a bullet shaped train, is a strange experience. It is not one that occurred on this particular journey, the track is not good enough this far south.
It seems that some money needs to be spent to keep the modern technology up to scratch.

For me train travel is time for not only for enthusing over railways but also for slow reading and proper note-taking, but then only if I can fight the sleepiness that is encouraged by the rocking of the carriage. Today probably should have been a sleeping journey but I had stuffed last week’s Time Mag. in my bag at the last minute because in my first quick glance as I pulled it out of the letterbox, I had noticed a couple of interesting articles. No, it was not the thinking-animals on the cover that grabbed my attention. I have been a nature-fan for over fifty years and I think that I can decide for myself what I think the animals that I come across are thinking!

No, for me it was China that caught my eye. Trains on the mainland and modern art in Hong Kong, and, as an extra treat right at the end, a City Guide to Budapest! I have not actually got that far yet but I will be sure to report if I discover anything new there too.

Back to the trains, and off to China

I thought that I already live in a country with one of the most amazing rail systems. I arrived spot on time both last weekend and this at my destination. I rode on a beautiful train that was travelling right though Germany. Yes, I admit the Germans do have a lot more leeway than in Britain. There are longer stopping times timetabled at stations, where express trains often wait for cross-country connections, but even so it usually works.

I sat on my train journey in the same “luxury “ that I experience in a plane, my seat booked in advance, plug and table for computer, and silent compartments for those who do not wish to hear the domestic arrangements being made by Tom, Dick and Harry on their mobile phones.

China apparently is at least more than one step ahead.

In fact China is so far head that its expertise is being exported to other Asian countries with the aim of connecting China by high-speed train right across to Europe. Now that would be a treat, to attend the congress in Hong Kong having travelled the whole way by train! What bliss!

Technolgy is improving. China is even putting in bids for development in the USA.

The high-speed train travelling between Shanghi and Nanjung goes much faster, at 350km/h, than the one that I was on this weekend. Another stretch from central China to southern China has the world-record average speed of 313km/h.T this makes a three- hour journey out of what used to be ten!

Fifteen years ago a different hundred-kilometre journey took over two hours in a crowded, smelly train, now it takes only forty-two minutes in comfort.

Travel in China is becoming easier. I read that it is hoped that the smaller cities in the interior will grow in importance as ease of movement provides better access to jobs and larger centres.

But it is not all good news

Much of the population cannot afford to pay the price of higher fares and many Chinese are willing to take the slower, cheaper trains. In addition to this, the maintenance in this country, with its extremely difficult terrain is very costly. But China is hoping that, by selling its expertise in high-speed train technology abroad, it will be able to offset the debts incurred by having a far better rail system than the country actually requires or uses.
And back to art

It is not only trains that are on the fast track in China. Art is on the move too.

As a child all my toys that were not British had “Made in Hong Kong” stamped on the bottom. Now all the imported toys, the trains that used to be made in Nürnberg for example are printed with the words “Made in China”. The movement from Hong Kong of all manner of manufacturing industries to cheaper pastures new in mainland China means that many factories have been standing empty.

What happened in the late nineteen seventies in Wapping is now happening in Hong Kong. The artists are moving in.

Young artists who previously created their art works on the living room floor of the family apartment, or on the kitchen table between meals, can now rent some very cheap studio space in an old factory.

When I finished my art degree in 1979 I think that about half of the fine-art students and the same number of textile-design students graduating with me, packed their bags, jumped on the train and whizzed from Surrey up to Wapping Wall to grab themselves a studio space, and if they were lucky also a vacant council flat.

This was before the property developers moved in. The whole area had been due for demolishion for years, but after the artists moved in not far behind came the property-developers. So later it became not only the artiest spot in town but also the trendiest. Most of my arty friends moved out when the trendys moved in, selling up and taking their huge profits to more peaceful pastures. Yet another exodus.

The property-developers are sure to arrive at the factories of Hong Kong too. They will arrive sooner rather than later from what I have read on the severe shortage of building space in the city. Until this happens I can imagine what a dynamic environment these young artists are creating for themselves. They are getting noticed too just as my fellow graduates did in the 70s at Wapping Wall. I missed the boat there, I rented a studio space and a winter-let-cottage in West Wales for six months!

CE on the fast track

From what I have heard and read CE in Hong Kong is travelling on the 350km/h train too and is soon to be unloading its goods on to the network right across China. CE really is moving in the fast track and on a very large scale just like China’s rail network. I wonder how long it will take for that CE network to be functioning well enough for the expertise to be exported abroad!

The railways, so I hear and read, are not held in high esteem in Britain. (I say this in a whisper just in case railway man Dad is listening).

What does the state of the railways today say about this modern nation? Is that something there that can be related to CE?

Did you note that Chinese expertise is going to be helping the USA to sort out its failing rail network after it has connected China with Europe?