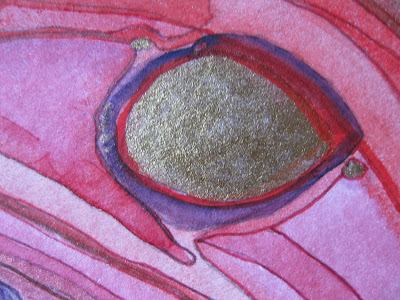 ...and the Dustmen Ogres

I overslept today. That is not the scary bit, just a little bit naughty!

I think that this was the first time in my life that I have ever done this so that it made me late for work. I was only about twenty minutes late, as I had a clear road. It is school holidays and it is bliss to be cycling!

The child I was to be working with played a game with his friends in the Kindergarten until I arrived. A big thank you to all for being so understanding.

Littlie had seen me arrive and was already walking beside me with his rolator as I opened the door. We kept to our routine, despite the delay. Today for starters, this meant playing together on the carpet with the farmhouse for a while. Then it was declared that we were both hungry and thirsty, so we sat at the bench for a glass of warm, fruit tea and a banana each.

It was then that I got to hear about the dustmen
"Where are the dustmen, when are they coming?" I was asked. We always watch then from a safe distance, from our room.

"I am not sure. Do they come on Mondays?" I replied. I could not remember.

After a discussion about the days of the week and the different types of dustbins, the big blue one for paper, yellow for plastic, green for compost and a run-of-the-mill black one for everyday stuff, and then more chatting about on which day they were emptied, the conversation about the men continued. I was asked, in a very tiny voice:
"The dustmen won't take me away will they?"

"Oh, no", I replied, trying to be reassuring. I explained that dustmen were only allowed to remove rubbish that had been put in the bin, and as he and I were not in the dustbin we were perfectly safe. I continued to explain that the dustmen where actually really friendly and had often walked over to the window to have a chat with the other children.

This put even more fear into my littlie. I had been less reassuring than I had hoped. Littlie then tried to reassure me by saying that he would hold on really tightly to me so that the dustmen could not take me away. I suspect that really he hoped that by holding on to me he too would be safe from those ogres that he imagines the dustmen to be.
I can see that I will have to invite the dustmen to visit us at the window once more so that they can let everyone know once again that these huge, orange creatures, that arrive each week with an enormous metal monster that gobbles up rubbish, are actually really nice, fun human beings like the rest of us!

We made a huge pirate this afternoon

It is school holidays, as I said. One of the littlies from the after-school group is already on holiday with her family, having set off southwards for the seasideas soon as school was out.

Her friend, my Jolly Professor, told me several weeks ago that he thought it would be quite a good idea to do some Petö in the first week of the holidays as his Dad would be still working. He thought that four days would be just enough, with three hours' work a day, to build himself a pirate. It was to be one that he could walk inside. Not walk about in, but a life size statue that he could play inside.
He has been collecting huge cardboard boxes ever since the idea was hatched and today we made a start. We measured him up for size and the basic form is taking shape. The telescope is painted black and a lovely pirate picture is hanging up for us to use as our plan over the next few days.
Tomorrow we are going to papier-mache him, the model not the little boy! We want to give our statue some stability so that he does not collapse the first time that he is played with.

This little school boy, who has successfully completed his first school year is so motivated. When he walks in the room he immediately starts climbing on to stepping stones and through ladders, and over styles, before his mum has even said goodbye. It is hard to imagine that he is the same child who less than two years ago cried when he entered the room, even though he had only come from the other side of the corridor, from our Kindergarten.

What a transformation, he really is such a Jolly Professor.

Jolly Professor is a clever little chap. He seems to have a flair for just about everything and knows about most things too. He is eight years old and is a walking encyclopaedia already! He tends to turn the pages of this big book that he keeps in his head and as he does so he reads them to us as he works. Sometimes his friend and playmate in the afternoons, who speaks very little, rolls her eyes heavenwards as if to say "Oh please leave off, just for five minutes!" He usually does, sometimes even managing ten.

This is why it was even funnier today that, when Jolly Professor was with me alone, he pronounced:

" It is so nice for us to have our peace and quiet today".
I suspect what he really would have liked to have said was that it was nice to have my undivided attention all afternoon and that he had enjoyed every single minute of it. But of course even jolly professors do not dare to admit such things!

On Friday afternoon this same child had painted a huge pirate ship. It is already at home awaiting its crew. On Friday this little boy, who finds it incredibly hard to hold his weight on his hands when on his hands and knees, painted his huge pisture working on the floor for over an hour, and did not fall over on to his painting once!

We are not just painting pirate ships or building pirates out of boxes as we work. Every step of the way I plan how we do things so that we can develop whatever needs to be developed at the time. We work either standing at the table or kneeling at the floor, or even lying on the floor, to paint that out- of-the-way spot. We use huge paint brushes or tiny ones. We cut paper, we tear paper, we glue and use tape. And, more often than not, things get "developed" in ways that we have not even thought about. Things like our very special relationship the one that only appears when we are alone, just the two of us!

Today I also got to hear about the school report and that in it there was lots of praise for his sewing because it had improved so much after a bad start. Jolly Professor was overjoyed to point out that this was because of all the cushions and bags he had made with me.
He also informed me that, when he had been out walking with his Mum today, he had crossed the road all alone and stepped off and up on to the pavement alone. This really made everyone's day.

Increasing the movement in his legs in all directions has been the aim of lots of our games and activities this year. Now with this achievement it will be easier for Jolly Professor to step inside his life-size pirate without falling over!

And of course it also means that it will soon be possible for him to walk to school alone!
Posted by Susie Mallett at 21:30