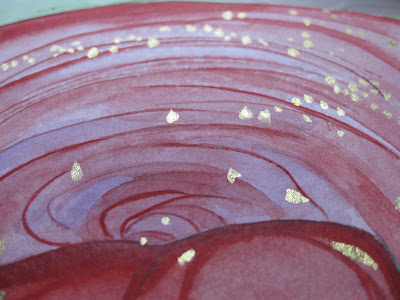 "Bright lights", by Susie Mallett
August 13th, 2010
I have asked on my blog before for readers to pass on information and/or to start a discussion on the implications of epilepsy for our clients with cerebral palsy or other conditions and illnesses.

I am asking again.

I have several clients now with epilepsy. Although most have developed the illness as teenagers there are some who have motor disorders caused by an initial seizure.
All ages
This week I have been in close contact with three clients with epilepsy.

One of them is a young man who developed epilepsy as a teenager. He has athetoid cerebral palsy and is now twenty years old. He has accepted the facts that he has to avoid discos with their bright lights and noise, and firework displays. He should not drink cola and other drinks with caffeine, and should keep away from all alcohol. He manages this with little problem. He has very few seizures as long as he sticks by these conditions, but he feels the side effects of his medicine every now and then. His whole self, his soul, his being, is somehow just different. He feels these change and does not like it. He does not feel comfortable in his own body when this happens.
He soon gets back to being normal again, after a few adjustments in his life or to the medicine.

Another client is an older man who developed epilepsy as a child. As an adult he is as living independently as he can in sheltered housing. He continues to fight the effects that his drugs have on his ability to continue with his independent life.

The third client is a toddler whose first seizure at twenty-two months of age has left her with paralysis on one side of her body and cognitive-developmental problems, plus as many as nine seizures a day. Everything is all very new and unknown to this family, the medicine yet to find the right balance in the child’s life, the conductive upbringing just beginning.
Body and soul
All of these clients have experienced or are still experiencing personality changes, or they experience psychological changes due to the medicine that is prescribed to regulate the amount of seizures and the severity.

These drugs are incredibly strong. Blood tests are needed regularly to check that no damage is occurring to organs to prevent them functioning properly. Side-effects that influence behaviour can be very disturbing for client, family, friends and work colleagues.

I have the impression, the more I come in contact with clients with epilepsy, that many of these accompanying problems just do not get discussed with them and their families. The children and adults receive their medicine, they have EEG examinations, and everything is checked regularly and adjusted so that seizures occur as little as possible.

I have just read that a third of people suffering from cerebral palsy also suffer from epilepsy. I also read that epilepsy occurs more often in people with quadroplegic cerebral palsy and hemiplegia than it does in cases of diplegia.
Speak out for them
I guess that this is correct. It does tally in with my own experiences and I do know that the proportion of my clients who have cerebral palsy and epilepsy is quite high. I conclude from this that other conductors working with children and adults with cerebral palsy must come across epilepsy. Not perhaps actually experience the seizures but still observe the side effects of the medicine that the clients take.

It would be really nice to hear from anyone who has anything to say about cerebral palsy, conductive education and epilepsy.
Posted by Susie Mallett at 20:23