A few hours of conductive spiralling 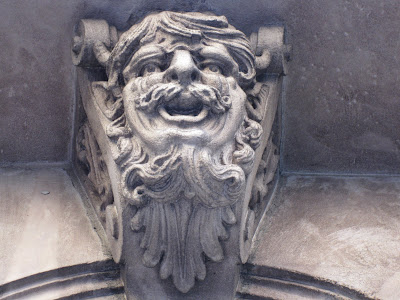 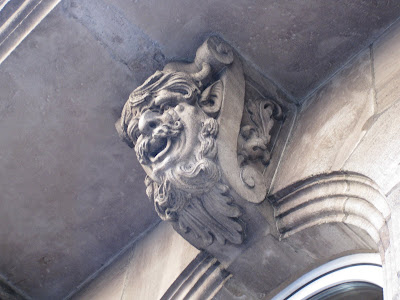 Some days it seems like nothing happens, on others the happening just does not stop.

One morning I woke and, before I could get the kettle switched on or the bathwater run, breakfast made and a lazy weekend planned, lives started influencing each other!

It was the morning that I got the Google Alert for the newspaper article with our school children in it. I immediately sent it off to the families involved and to my colleagues. I phoned those people who had no Internet, including the grandfather of one child who is on holiday. The Director of the charity that I work for here in Nürnberg phoned immediately to ask what I thought of the article.

The influencing and spiralling began. Then the conducting began too.
Hunt the newspaper
I would have liked to have had an original copy of the newspaper but I was a bit puzzled as to how I would get my hands on one. It was Saturday’s paper that I needed, and it was now Sunday. The shops do not open on a Sunday in Germany, except for a few bakers who also sell newspapers, but the one around the corner from me was shut for refurbishing!

I phoned one of my stroke client whose husband worked for the newspaper.I know that they get a copy delivered daily. Unfortunately their copy of paper was already working its way around their neighbourhood.An hour later, however, my client phoned back to tell me that she had traced her newspaper and that it would be kept safe until I made my next house visit to her. And it was. I collected it on Friday, my client still as proud as punch at having organised that for me.

This was a real achievement for her. She was so happy that she had been able to help me. Her speech was flowing easily, and her confidence high, thriving on having the chance to practise what she has learnt. She was also interested to hear about the work with the children and we are now planning an afternoon of adult and child conduction in the autumn.

While all this was going on with the newspaper article, I received another phone call that was also part of a different conductive spiral.
New friends in the North
I have been working with a family in northern Germany for thirteen years now. I visit them several times a year.

During the time that I been involved in the conductive upbringing of one of their four children, in fact of the whole family, and I have met several other families with children with disabilities who live in the neighbourhood. The conductive grapevine moves very quickly. It works just as well between families searching for hope as it does between conductors looking for work.

These children and their families who hear about me and my visits up north come along for advice and sometimes a session or two as a starter, before we find an appropriate group in a centre near their homes, or a conductor to work with them at home. I have been able to help in finding parent-and-child groups for little ones and have given advice to older children and also adults on how they can work at home.

Now I was being asked to see a baby. I knew about this child, I had heard about her on my last visit. Now the mother had heard about me and that I was due for another visit soon, so we arranged for a week of daily two-hour sessions later in the month.

That will make for interesting days, with my time divided between a twenty-year-old young man and a two-year-old girl!

I expect thazt I will get some help from the young man. He is always so good with the little ones, showing them how he did things when he was younger. He is also really good at explaining to parents how a conductive upbringing has influenced his life. Last time I arranged a fee for his assistance, I think that we went out for a pizza on me. We will see what we can sort out this time if he is willing to help me again. We will also have the help of a second conductor later in the week, and we hope to pass the work on to her as she lives nearby.

That’s an example of just the beginning of a self-employed spiralling, conductive Sunday!
Posted by Susie Mallett at 21:07