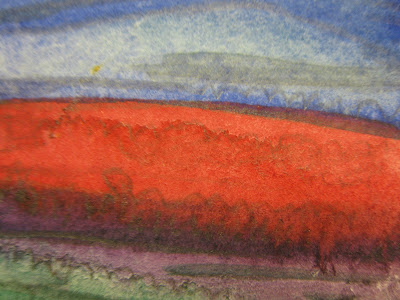 "A day full of warmth" by Susie Mallett April 2010
Princess Littlie went home on her own today!

One of the Littlies is working with me this week. As well as reading English books about aliens and dinosaurs that love and steal underpants, she is making a papier mache princess. She told me today that this is not one of the princesses in the numerous Disney films, it is a model of herself. Now she is our Princess Littlie.

After her work she walked home, all alone!
She walked home and she really did look like a smiling princess as she looked right and left and right again and got herself safely to the otherside of the street. She was as proud as punch and I cried as I waved to her Grandma through the bushes, as arranged, so we both knew that she was safe. I suspect that grandma's eyes were moist too.
A very nice way to end a school year
It was her Mum's spontaneous idea to try going it alone today. Mum had walked in with her at lunchtime and was confident that her daughter would be OK. This was the day that I had been waiting for! It is not every day that a young client comes to us who lives near enough to walk home with her rolator all alone.
When Mum suggested it today and made arrangements to have Grandma looking out for her, I told Princess Littlie that it had always been an aim of the family and also of mine that one day she would come to "Petö" and walk home from "Petö" on her own. I told Littlie how I am very surprised and so thrilled that she has achieved this so quickly. It has taken her about three months since we first walked the whole way home together for both her and her Mum to feel happy about having a go at doing it alone. Up until the time that she started school a year ago the furthest she had walked with a rolator was about twenty metres. She is getting so strong that she will soon be walking the kilometre to the baker's!
She has to cross one road!
It is not a busy road but never-the-less it is a real road with cars on it and lots of mini-buses. It is the bit that has always worried her most of all when we have been together, although I think that she does it better when she is alone, she takes more care. Getting going with the rolator again after having to stop at the kerb is difficult but with a little bit of jiggling she manages it, just as she did today.
Off she went, saying "I will go now, OK?"
Princess Littlie walked out of the door of our work room and I told her that I would watch her from there as she trotted off over the hundred metres to the kerb of the road. She looked back at me a couple of times, then gave me a wave, yes she let go with one hand, to signal the all clear. This was the sign that she had spotted Oma (Grandma) at her gate two hundred metres away on the otherside of the road that she now had to cross..
Congratulations, Princess Littlie, from us all!

Congratulations to Princess Littlie! And Thank You, Susie, for sharing as always.

I would love to hear more about how your littlies, and biggies, are doing!

And of course, about the recent conference.