'The Conductor' (There is no such animal: discuss!) 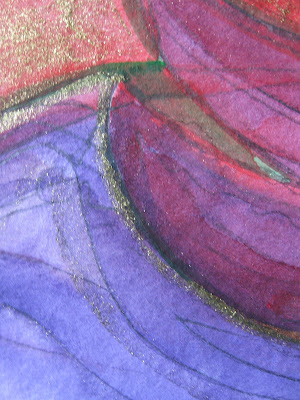 Andrew Sutton wrote that as there is no such animal as "the conductor" and that he would, later in the posting, be “considering conductors in their plurality”. He promised to come back to finish the posting soon but in the meantime he threw open the challenge for his statement, that forms my title, to be discussed.

I did so immediately but Andrew suggested that I post what I sent to him on my own blog, so here it is.

There is no “The conductor”, not only because conductors are not trained to be in the singular but for another reason too. However much training establishment try, there are always different personalities, just as all teachers are different. The differences do not appear so readily in the methods used to teach, as there are so few centres teaching the CE educators, so there are not so many variations on a theme as are seen in the numerous teacher-training establishments.

I think that the PAI would have loved there to be “the conductor. It hand-picked the candidates in the hope of achieving this and I believe did not teach the information that these conductors needed during the four years training so that they would continue to be dependent on older conductors in the groups.

When I was training the PAI demanded that one forgot all that one had learnt previous to the beginning of the training. We heard this often as foreign students. They believed that this was possible. Most of the people teaching us at the PAI had come to the Institute as eighteen-year-olds and many had no other experiences, few at that time had worked in other countries and many knew the Hungarian education system only as it was in the Petö Institute.

In their own day they had also been the hand-picked malleable young students.

The demand that they made on me was ridiculous. Coming from people teaching on a supposedly university-level degree course, it was even more laughable. I was thirty two years old, I had had more than five years’ training, in art, art therapy and education. I had worked in a special school, a grammar school, two Cheshire homes, a psychiatric hospital, a Makarenko-style living environment, two community arts groups and even while travelling in Australia I had visited schools and institutions.

I was nevertheless continuously told to forget what I had learnt in my life up until that point, in their attempt to produce “the conductor”. Even though I heard conductors wondering why I, a foreigner was the only third year student they could rely on to lead the school group when all others went off to a union meeting, they did not realise that this could be because of what I learnt before!

Conductors are not “the conductor”. Some conductors did shine through as individuals at the PAI, despite everything. They were probably the first ones to leave in the 80s. but “the conductor” is also something “new”, a necessity.

Conductors rarely come in the plurality any more.