“Not disabilities at all, more abilities” 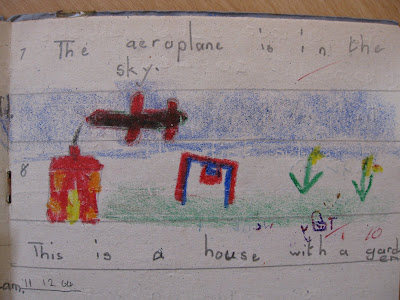 "The sound of potential"

I have just watched this video, for the third time:

What caught my attention and made me watch it a second and third time was Patrick’s Dad talking about his son as his “hero”, after saying earlier in the film, about the birth of his son: “It is just countless the number of dreams that die”.

Again I was hearing about that hope that dies when a child with disabilities is born and about how it is that same hope that is given back to parents by something that they discover later. In this case this was through music, and in others it is Conductive Education.
"Where has all the CE gone"

I had found this video on what used to be my favourite CE parent’s blog:
http://kfruck.blogspot.com/
It is not a CE blog anymore, but a general therapy one. I still enjoy the blog but now for different reasons.
I still look at it because I learn a lot from following how a family lives with a child with a disability. Kate writes very clearly about the problems and the successes, but unfortunately Conductive Education is no longer there in the foreground (though I do sometimes see glimpses of conductive upbringing).

It is a point that Andrew Sutton has made often on his blog. He points out how parents write enthusiatically about CE on their blogs while at a camp but once home again it is soon forgotten, lost to the rounds of therapy visits. Andrew has suggested that Conductive Education seems to be loosing a lot of people, all the time, and that we need to wake up to what this says about how Conductive Education is provided. I think he is probably right.
Perhaps the problem comes not just from how Conductive Education is provided but also from how it is presented to parents. If it is presented as a three-hour therapy session then the family will see it as this. If it is presented as upbringing there may be chance of its success at home as well as in a group.

There is a note in my note book made while I was away last week, just one line in the middle of an otherwise blank page. I noticed it last night as I was checking that all my scribbled blogs had been posted and I wondered what I was going to do now with this line:

“Now I realise why Petö thought that CE works best in an Internat (boarding school) like the PAI. With a family with two or three children and ………”

The words in my note book petered out here. Perhaps at this point, I was probably being asked by a three-year-old to draw a picture or warm his evening milk while Mum was looking after his baby sister! Or perhaps I wrote it after I had observed how long it had taken to put on snow trousers and winter boots alone and, that there was not enough time left to put on jacket, gloves, hat and scarf without help and then still trudge through the snow in time for a doctor’s appointment.

I think that I was going to finish this sentence by writing:
"... ... in a family with two or three children and one of them disabled it would be impossible to bring up a child conductively in the same way as in the PAI."
Petö at his Institute had all the time in the day for conductive upbringing, parents of three children perhaps do not.

What is the solution?

I don’t know, but I do know that my success stories have happened when, after the child has spent some time in the group, I have then spent a lot of time working in the home.
Where the parents are presented with conductive upbringing, from the word Go.
Posted by Susie Mallett at 13:21

Brilliant point susie and very well put. This topic has been much on my mind lately. How to get more upbringing into the children and families? many of our children have been attending for a very long time and many never attended Parent and CHild sessions. Do we start at the beginning with CE information sessions - maybe they missed some of this crucial stuff out at the beginning? a good point to start the year on and one that has got me thinking!

Thanks for your thoughts.

I am working with children at the moment who have been with us since they were two years old. They were first in a parent and child group and then in our integrated Kindergarten. They are now six and seven years old and attending school, mainstream school.

The parents of these children have been well informed. They spent at least a year working in the group with their children, speaking daily with the conductors. The children then spent three years at Kindergarten. Some of them were not brought or collected by their parents so we rarely saw them, and they rarely saw their children " in action".

I am now introducing these parents once again to the work in the groups. I invite them to work with me whenever they can. I encourage parents, school assistants, teachers and even grandparents on “babysitting duty” to stay and watch, or to return a bit earlier, in order for them all to get an idea of what the children can do now.

I go to work in the homes to find out how the child can climb the stairs or use the bath room. I then know what is needed and can work on the necessary things in the group. I visit the schools and give tips to teachers.

It is a continuous task for us all.

As the children change the parents need to be informed by us of the changes, they don’t always see them. Parents also need to be aware of the changes that they need to make themselves in their everyday lives so they can accomodate each new step forwards.