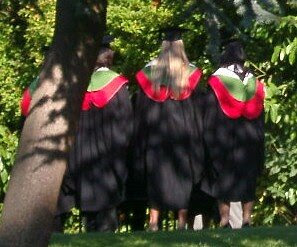 I didn’t have to get up in the dark this morning as my work starts a bit later, but I missed the cosy half an hour I had yesterday, listening to the snow being cleared. This morning as I came out of my slumber I switched on the lap-top and was shocked out of my sleepiness by the following news article:

Charity for disabled in cash plea as it faces cutting services
Feb 13 2009,by Alison Dayani, Birmingham Post
A charity which provides a lifeline to severely disabled children and adults could be forced to cut its services as the latest victim of the economic downturn.
The Foundation for Conductive Education, in Russell Road, Moseley, has launched an urgent appeal for £120,000 as it faces its “most challenging year yet”.
After 23 years of serving children and adults with physical disabilities such as cerebral palsy and multiple sclerosis from across the world, charity bosses have written to Birmingham business leaders appealing for cash as it reaches a crisis point.
It comes just months after children’s hospice charity Acorns revealed it would go bust if it failed to find £2 million.
Treena Jones, director of fundraising at the foundation, said: “We need to raise an additional £120,000 to ensure all our services continue.
“There is a resistance at the moment from companies and individuals to spend on charitable giving and this has had an effect.
“We do get support from bodies like Birmingham council, but this is only toward local people and guarantees things like education, but we get people coming to us from far and wide and we might have to turn people away and cut additional services if we don’t raise the money we need.
“The foundation doesn’t want that to happen but with public support, we can continue as we are now.”
For details visit http://www.conductive-education.org.uk/
I shouldn’t have been shocked, I have just been to the UK and have seen what is happening there. I have started to read the papers again, I know what is happenning all over the world, but nonetheless this article shocked me.
The Foundation for Conductive Education sent me to Hungary. It is because of the generosity and support of this Foundation that I became a conductor and am now doing something I love.
I have regularly visited the Institute in Moseley over the years while I have been in Germany. Even after so long it still feels like my “professional “ home. It will be the end of a very important era in the development of Conductive Education if this “home of CE” can no longer afford to keep its services open.
The amount of money that it needs at the moment to keep all services running seems tiny in comparison to the huge sums tossed about daily in the world of finance, and in comparison to the 20 million needed by the children’s charity Acorns, also mentioned in the article.
I expect there are absolutely thousands of charities looking for similar small amounts, and this then adds up nationwide to the huge sums mentioned.
There must be some way of getting all these charitable institutions through this financial crisis, I do so hope that they manage it.
I am a conductor, a one-man band, and I have no experience of the fundraising needed to run such establishments. Hopefully there are enough people out there who do, and have a lot of ingenuity and ideas to help get the Foundation and all the other CE centres over the crunch.
Note
http://www.birminghampost.net/news/west-midlands-news/2009/02/13/charity-for-disabled-in-cash-plea-as-it-faces-cutting-services-65233-22918955/
Posted by Susie Mallett at 09:41