It is snowing again 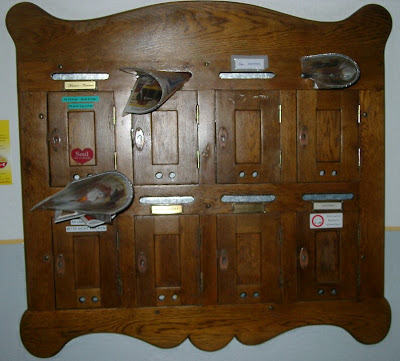 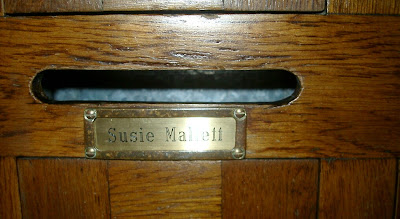 No, this is not another blog about the weather, although it is grey and cold and another three inches of soggy snow are down there in the street. I am just trying to give an indication of how cold it was when I ventured out, still feeling poorly so wrapped up very warm, down the stairs and out in the hall to collect my mail from my gorgeous wooden post box in the wall. What I was expecting wasn’t there but the Guardian Weekly was. All the more exciting as this was the first delivery since November as I had cancelled due to so much travelling.

When I left school and went off to college every day on the train across the Norfolk marshes I was eighteen years old. This is when I made a decision to read a different paper to the one delivered each day to my parents' house. This was a very brave decision to make, for several reasons. I was the first-ever person in the family to go to college of any kind so I didn’t want to seem like I was taking a step above everyone else. The kind of college that I was attending was in those days called an art college, a place full of wierdos. Remember, my Dad was a train driver so my choice of the Guardian was often greeted with disdain.

I choose it and continued to read it for years afterwards because every Monday there was an extra supplement with jobs for the creative called “Creative and Media”. Naïve as I was I thought that one day I would find a job in there with my name on it. Little did I then know that fourteen years later it would in fact be in Tuesday’s "Educational Guardian" supplement that I would discover the job of my dreams, Conductive ,Education but that’s another story. Well not entirely another story as it was out in Budapest while training to be a conductor that I discovered the Guardian Weekly.
This was for some reason the newspaper that the Foundation for Conductive Education in Birmingham saw fit to send out each week to our office. for anyone who wished to peruse! There were actually only two of us who indulged in this pleasure, and I was always second in line. I usually got the paper in my hands just in time to enjoy it at the café at the Gellert Hotel after steaming away the grime of the week on Sundays.

At that time in the 1990s, the Guardian Weekly was still printed on that wonderful crispy, white and incredibly noisy airmail paper. Later when I lived with my partner in Germany I was forbidden to read it in bed, not because of the newsprint on the sheets but because of the noise!
The paper that it was printed on was changed several years ago, to much protest from its readers. Now printed on ordinary grey old newsprint with two huge staples in the middle, it is impossible to grab just a section of it,and fold it up so small to fit in my posh opera handbag just in case I need something to read on the tram. I still miss rustling it and secreting it somewhere in my pockets but I do still read it, as I did over a pot of coffee this afternoon This was when I got to wondering why.

Because of a few surprises?

Usually I open the paper first at “Notes and Queries”, to read answers to readers' questions, such as “Why are countries spoken of as female?” (some of them aren’t with Germany, the fatherland, being one of the exceptions). I then move down that page to read Paul Evans who writes so descriptively about my green and pleasant (mother) land, then its over to the best bit,“Wordpool”. This is the place where I discover really obscure words, ones that are rarely used. I know that the lovely tassel or brass clip on the end of a shoe lace is called an aglet and those always bent and rickety brass contraptions which go over the light bulbs on standard lamps, to prevent the shade getting burnt, are called a harp.
All absolutely useless bits of information which allow me to say as Michael Caine is reputed to have said, “Not a lot of people know that!”
Fabulous forties or nifty fifties?

Today my initial reading of the paper took a slightly different course. As I set it on the table I saw staring me in the eye, in the right hand column of the front page “…. women in their forties can be fabulous”. This immediately brought to mind Judit Szathmary’s latest posting about talented women. So, instead of learning some new peculiar words in English on page 38, off I went to page 24 to see what that was all about.

The last few sentences from Libby Brooks article on older women are perhaps worth quoting here to bring home the fact to us “older women” that life actually does begin, and doesn’t end, at forty, or perhaps even at fifty!
“As we continue to age, an increasing number of women will be living a sizable chunk of their lives post menopause, and could do with better public mirrors than Twiggy can provide. And more realistic ones. I doubt there are many 60-year-olds who want to be supermodels, but they may not balk at the idea of being appointed US Secretary of State.”

Now, I don’t have any aspirations to becoming a politician, but I am enjoying being a woman about town, I love my new found love of writing and I enjoy the routes my work now takes me down.
Time for a smile
So with my coffee half-finished it was time to get to page 38, but no, I was mistaken. Something else cropped up amongst the “UK News” pages to catch my eye. My artistic eye at that. It was a colour photograph. These appear more and more often in my ever changing weekly paper, but this one was particularly bright and cheery and somewhat “Magritte” in character. A huge white horse standing in a ploughed field between pylons, industrial estate to the left, white baguette- shaped clouds floating above, and a brand new wooden fence in the foreground.
The headline beneath the photograph read “It’s just a white horse not a white elephant.”

It appears that Britain has a new Anthony Gormley in artist Mark Wallinger who is going to produce a huge, larger-than-life white horse to join the chalk ones that already lie in the landscapes of southern England. The article reports that “….it will, if there is any justice, make a lot of people smile. Indeed, it would be a better country if every county had its very own angel.”

Any reference to an angel brings a smile to my face as I always recall Dr András Petö and his angels within us.
The image of every county in England having a huge sculpture, an angel of its own, brings back memories of my trip around Australia where I came across giant lobsters, giant rocking chairs and giant just-about-anything-else, welcoming tourists at the gateway to the next state or region hat they were entering. Yes, they did bring smiles to faces, and the horses of the south and the angels of the north could quite possibly do the same, once the voices in opposition have died down.

There was precious little else in my Guardian Weekly to bring a smile to a face, apart from this week's new peculiar words on page 38. The rest of the contents, whether reporting from London, Paris or New York, was all doom and gloom with even a report on the shrinking of the mini (skirt not car!)
Now there is something we all thought couldn’t get any smaller, or shorter.

How wrong we were.

A white elephant
http://www.phrases.org.uk/meanings/410050.html
The Mini - BMW Mini in Cowley, Oxford, are shedding 850 jobs and beginning a 5-day week.
http://www.google.com/hostednews/ukpress/article/ALeqM5hKuGcl5vvTjx4GnNFZRI5G_zHk3w
Posted by Susie Mallett at 19:26