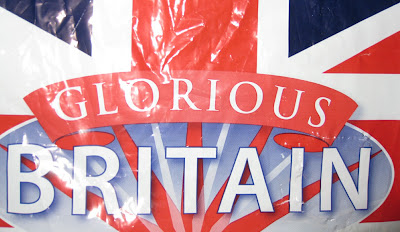 The Best of British! 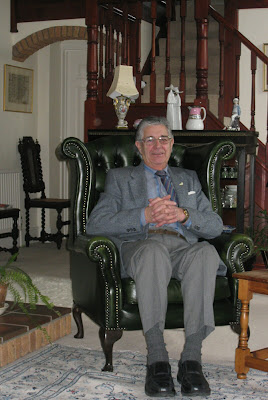 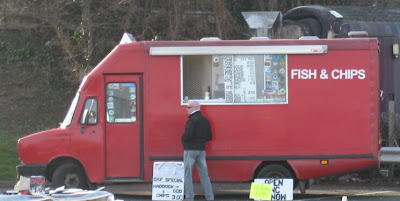 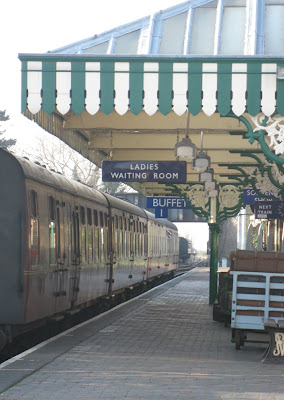 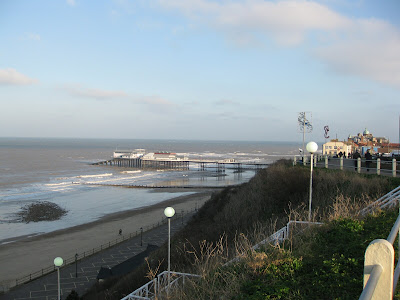 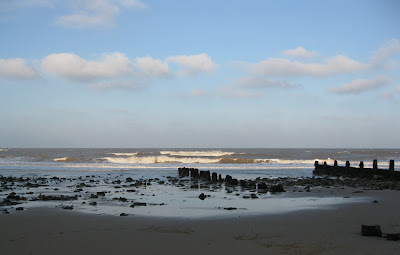 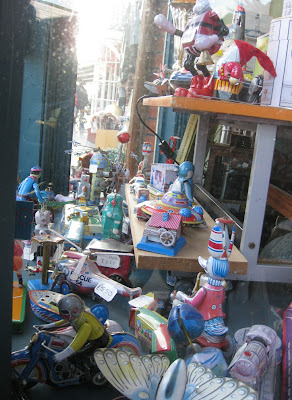 Part II "The Best of British"
“... I simply remember my favourite things and then I don’t feel so sad”.

Whiskers on kittens, warm woollen mittens and copper kettles are not on my list of favourite things, but I am quite partial to brown-paper packages tied up with string and a snow flake or two.

My sister had other favourite things of mine in mind as she planned our last family outing, on my last day in England. She wanted to give me a taste of the “Best of British” before I left, but before we set off for the North Norfolk coast we came face to face with some of Britain’s worst.

Is this Miami Vice?

Ram-raiding and attempted break-ins to village stores. One of my relatives was on the receiving end of both of these in the space or fours weeks, one being this very morning.

They are happening in Norfolk at an increasing rate, several every weekend. They are disheartening, inconvenient, frightening and financially crippling for the shop owners, those people who are running “open all hours” stores, trying so hard to give a much-needed service to the villagers.

I can see the sea

The day was not all gloom and doom, and later than planned we carried on with our journey to the coast. As always in my family it was a race to see who spotted the sea first. On favourite routes to the east of the county we all know exactly where we will get that first glimpse of water across the flat expanse of corn fields, and the race to sing “I can see the sea”, probably a song created by my Mum, begins.

We were however in North Norfolk, that just caught the edge of the ice age resulting in rolling hills. Not real hills, as in Wales or on the Downs on the south coast, but to those born in the fens these are almost mountains! Here it is much more of a race to catch a glimpse of the wintery green/grey sea as it disappears behind a hummock as quickly as it was spotted.

Sis was first this time to see the sea in the distance, at Sheringham, our destination, so she got to sing our song. Our first stop was at the red chip van, for a piping hot fish-and-chip lunch. It was too cold to eat this on the sea-front as we usually do, using the sea wall as a table and with the air adding extra salt. Despite this they were still delicious, though once again we felt the influence of the crunch as we were not able to get a cup of tea to wash it all down.
The tea-van has not been visiting the market place for several weeks now as business has been so poor.

Sheringham is the home of the Poppy Line Railway which journeys between Sherringham and Holt. With its very British railway station and collection of trains, all lovingly restored by volunteers, fir this railway family this a real trip down memory lane.
My father, a retired engine-driver (for my American readers, that's an "engineer"), drove on the footplate of a steam engine on the open day here last September. He enjoyed it tremendously but he refused to shovel the coal and had no wish at all to come out of retirement! Retired railwaymen are rarely sentimental over the days of steam. My dad remembers it as very hard and dirty work, and from what I remember from my childhood it was not terribly well paid..

Is life getting “Tuff” here too?

Sheringham High Street was buzzing with life, in comparison to the city's shopping malls I had been to. Only one shop was boarded up, that being Stead and Simpson where we used to by our “Tuff” school shoes. All the privately owned smaller shops were still open, admittedly many still with sales on, but still open.

The hardware shop, so typical and found in most villages in Norfolk, was overflowing with every essential household item, the walls outside decorated like Christmas trees, with door mats, wind chimes, brushes, pots, pans and squirrel-proof bird feeders adorning them. You could buy tin- openers, sandpaper and even single nails and screws. We were all drooling over this shop but when we got to the next one it was even better. It was full of the most amazing junk and nostalgia that one could imagine, including reproduction childhood games and a window full of tinplate toys. I resisted temptation over the tinplate, but only because most of the best pieces are all ready in my collection.

Can this day get any better?

Of course it can, I still had to step on to the beach and smell the sea. It was time to get back in the car to travel parallel to the coast, with just a corn field between us and the crumbling cliff edge, in the direction of Cromer, home to the famous Cromer crabs, Cromer lifeboat and Cromer Pier

"Disappearing Britain", that is a story in itself. Here on the Norfolk coast there is a lot of evidence of land being swallowed by the sea at an alarming rate. One of our favourite holiday spots, Happisburgh, crumbles away by several yards each winter. Our favourite tea shop is now closed and on our last visit its back garden was no longer open to customers: it was in fact several feet below, on the beach at the foot of the cliffs !

The show at the end of the Pier, and the lifeboat house

Back to Cromer and its lovely p
Pier, my absolute favourite in the region, beautifully restored with its gorgeous Pavilion Theatre. It was really much too col to take a walk to the end. I did though brave the beach where I was nearly blown away while photographing the rock pools and the wooden sea defences, and searching for a Cromer crab!

When one grows up beside the seaside the lifeboats have a very special meaning. We knew how powerful the seas are and how suddenly anyone out on them can get into difficulties. As a child I would watch wide-eyed when the flares went up, and what seemed like the most enormous men in the world men, would come running from all directions in the village. The boat would be launched and the waiting would begin for its safe return.

Cromer’s lifeboat has a long history and has had some famous skippers, Henry Blogg amongst them. As a child a visit to the lifeboat on open days was always a treat, to be able to walk through the lifeboat shed, to actually talk to the huge lifeboat men was always something rather special.
On this trip to Cromer it really was too cold to wander around and see the sights, I have never been as cold on a beach in my life as I was that day as I ran along the hard sand from one groin to the next with the wind whistling behind me. I could hardly keep on my feet so I hastened to collect my token hole with a stone round it and I climbed up into the shelter of the cliffside stairway and back to the car.

That really was the "best of British", kept till last. A brazing walk on a Norfolk beach, something which won’t disappear and it doesn’t cost a penny. Yet!.