As we Brits tend to do, I will talk about the weather! 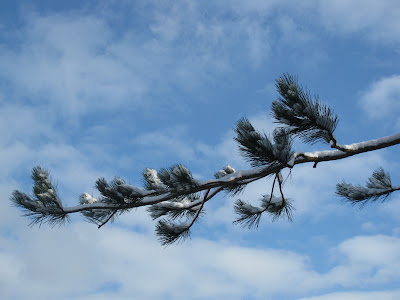 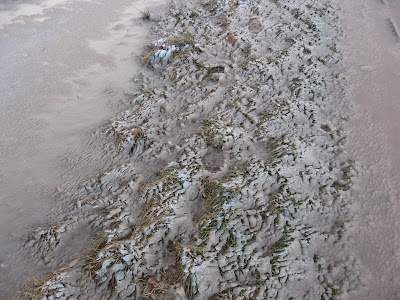 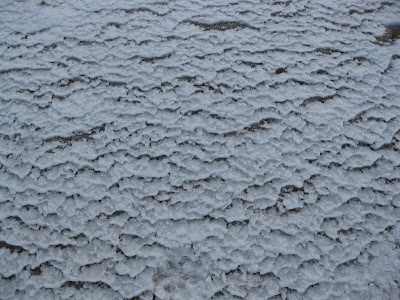 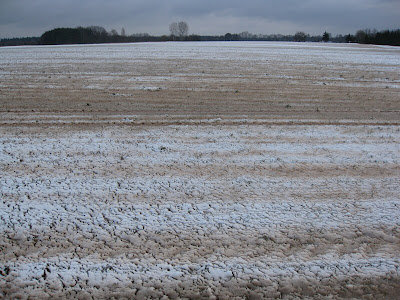 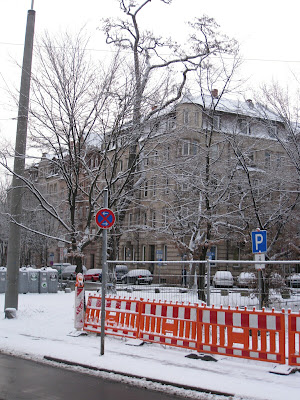 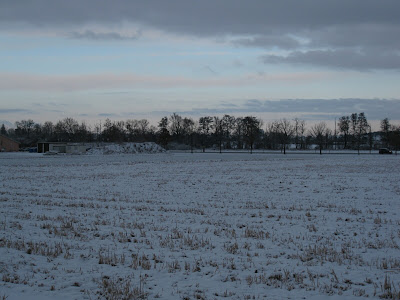 We have had some spectacular weather the past two days, with gorgeous light effects and cloud formations. We have had blizzards of a mixture of rain and snow, a huge full moon in the early morning, and gorgeous sunshine with huge black clouds that eventually brought us more snow.

When the alarm rang at 6 am. today I stayed snuggled in my warm, silky bed listening to the familiar noises outside and happy in the knowledge that since I now live in the city I no longer have to get up half an hour earlier than usual for “Schneedienst” – snow duty.

All households in Germany have to clear the paths in front of the house of snow, then sprinkle them with sand or grit. This must be done both early in the morning and in the evening, sometimes it needs doing in between too if anyone is home to do it. Even though we do this, everyone still has an insurance policy that covers them in the eventuality that a passer-by slips and breaks something on “their” piece of pavement.

Previously I lived in a corner house with a big garden, so there were several yards of pavement to shovel the snow away from. During severe winters with long weeks of snow, this early- morning chore could begin to get a bit tedious, although most of the time it was enjoyable. It was time for a chat with the neighbours and a good opportunity to get warm.

Now that I live in the city the work of clearing the snow, and that of cleaning the stairwell, is spared me, as it is all included in the rent and someone else gets paid to do it. Sometimes I miss it, especially the social aspect, but this morning I was happy to enjoy my extra thirty minutes in the warm,to the scraping of snow shovels at work down below in the street.
The noice reminded me of Mr Macgregor, from my favourite childhood book, his hoe going scritch-scratch, scritch-scratch in the vegetable patch with Peter Rabbit looking on, contemplating how he was going to skirt around the hoe and its user and not end up in the stew pot.
That’s just what I had to do when I eventually braved the elements, I had no fear of ending up as winter soup, but I did have to negotiate all the snow shovels, brooms and children being taken to kindergarten on sledges, before I reached the tram stop.

Even the city can paint a romantic image in the early morning, with its still whiter than white snow!