Not too old fashioned or tomboyish? 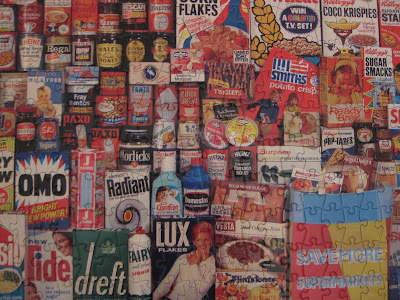 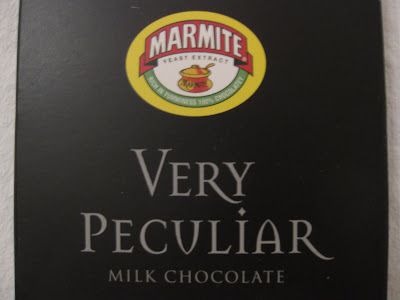 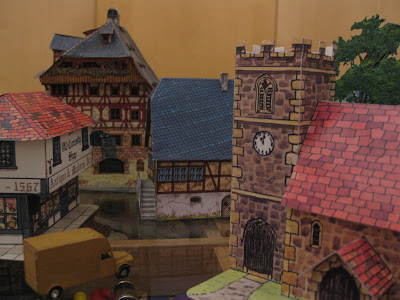 The efficiency of the German Post
A friend posted a Christmas present to me, on 16th December. I am pleased to say that it arrived yesterday, having crossed the English Channel three times!


My friend was kind enough to pay the postage again, even more this time as there has been a rise in postage costs since Christmas, and there was the package awaiting me on the stairs on Saturday morning.

Scissors in hand, so I could unwrap very carefully in order to save the outer and inner wrapping to show when I go to the post office to tell the story on Monday, I started peeling off the layers.
On top of some beautifully wrapped parcels was a card with some old aircraft on the front. Written in this: "I hope not too tomboyish or old fashioned for you!"
What was inside to make this remark relevant?
There was a model plane to put together myself, a war-time model from the Hungarian air-force, then I found a nineteen-sixties packaging jigsaw-puzzle in an amazing tin, and last-but-not-at-all-least, the weirdest present that I have ever had, a bar of Marmite-flavoured chocolate.
Oh yes, I must not forget there was also a Tina Turner CD, given away with one of the British daily newspapers. I suppose that these days one could say that Tina T is also a little bit old- fashioned, but she is still a delight, as are all the other presents.

Getting down to business
My model plane got built immediately and I placed it with my collection, which includes a Battle of Britain Spitfire of the type my Mum used to work on.
The Tina Turner CD got put aside to be taken with me next time I go to work fellow TT fan and artist, Laddo, in northern Germany.
The jigsaw had to wait. My sister phoned at this point and she was amazed to see (we were on Skype) that, as we spoke, I began to build a cardboard village church, before her very eyes. The church had been one of my other tomboyish Christmas presents. It was finished by the time that we said goodnight.
With the phone-call over the church got spray-varnished and placed amongst the other N-gauge buildings, then the jigsaw puzzle got opened.

Jiggety-jig
I think that Sis would have loved to have got her hands on the puzzle. She did ask me to save her a piece of the Marmite chocolate but also said that I should not worry about bringing the puzzle home because, at only two-hundred-and-fifty pieces, it was rather small! She is a big puzzle expert.
We grew up in a jigsaw-puzzle family, our Dad used to make them for us with his hand-fretsaw. I have written about that here before. We still have the puzzles that he made for us from our favourite pictures.
As a child I learnt to turn all the pieces upwards, sort them and then start on the straight bits first, but that strategy went by the wayside with this puzzle.

I had been studying the picture on the outside of the tin all the time that I had been talking to Sis, asking her whether she remembered the first time that we had eaten Vesta Curry and Birds Eye Mousse, and whether she remembered how we decided together which Angel Delight flavour we would whip up for Sunday tea-time.
So by the time I got to doing the puzzle I knew exactly where each piece fitted in the picture so I just started building it, willy-nilly.

I became fascinated by the memories that flooded my thoughts

In the picture there is Mum’s favourite coffee, Gold Blend. It was much more expensive that the runny stuff in a bottle, but she sometimes bought a jar and hid it at the back of the cupboard for special occasions like on Sunday morning while cooking the roast dinner.

Just next to the coffee is the jar of Marmite, and the Paxo stuffing is on the jigsaw too, the sort that Mum used on Sundays, while drinking her coffee, to stuff the chicken.

Then there are all the packages that Sis and I saw only when we were out visiting our friends: Twiglets, Fanta and Nesquik.

There is a Lux soapflakes box, one of which still stands in the cupboard under the sink at my Dad’s house, and there are the J-cloths that for some reason-or-other we all thought were fantastic. There are even tins of Sun-Pat peanuts like those that my Grandfather sold in his pub and presented us with once a year, if we were lucky, in our Christmas stocking.

There is even a Cow & Gate tin of baby milk. I recognized the tin because it was in these that we stored the wonderful puzzles that Dad made.
Accompanied by all those memories my puzzle was finished in no time, and it will live on my work desk, covered by a sheet of glass, so that I can enjoy all those memories for a while longer.
No, my late Christmas present was not too tomboyish, not to old-fashioned, it was perfect. A parcel full of memories.

The chocolate, that even on its own packet is described as “Very peculiar”, has not yet been opened, the packet is too nice. I have to look at it for a while longer. I may even decide to keep it and take it to eat with my sister next time I am in England, so that I can share that peculiar moment of tasting Marmite chocolate for the first time with her.

Many thanks
Thank-you German Post for spreading Christmas out a bit longer and making it possible for me to do tomboyish things a second weekend running.

Thank-you friend for a lovely tomboyish and old-fashioned present.