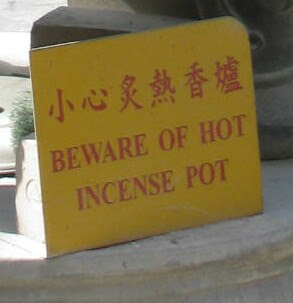 What is happening in Magyarórszág?
The German newspapers have had very small articles in them over the past few days about Hungary's now holding the Presidency of the EU. They may be small but the ones that I have read have been critical of this country that has taken the Presidency for the very first time.
There is not exactly oppostion to the Presidency from German Chancellor Angela Merkel and other EU leaders, but it appears that there is much criticism from political and industrial allies about the recent laws that have been passed giving the Hungarian Government tight control on reporting in Hungarian newspapers and other media.
I do not regularly read a daily German paper, but last week when I had time for a coffee before work I bought and read, the Nürnberger Nachrichten. Yesterday I read the free Sunday newspaper and today I was given the Nürnberger Zeitung, which I read on the train this lunchtime.
In all three papers I read the same, that Hungarian Prime Minister Viktor Orban takes over the Presidency of the EU and at the same time approves new laws that will give his government tight control on the freedom of speech in its own country.
“The leading daily newspaper, Nepszabadsag, marked the new era with a front page declaring, in the EU's 23 languages: "The freedom of the press in Hungary comes to an end."
I wanted to use the front page mentioned here to head this blog but I could not copy it, but you take a look at it here:
http://www.newseum.org/todaysfrontpages/hr.asp?fpVname=HUN_NEPSZA&ref_pge=lst
“It was joined by the leftwing paper, Nepszava, whose front page was blank. At least three journalists have been suspended over the past week for trying to voice protests on state radio.
“A media law, which critics say marks the start of an era of censorship, reversing the democratic gains of the past 20 years, came into effect at the weekend, handing power to a panel of political appointees on a national media board for nine years, with no opposition representation.”
I was living in Hungary twenty years ago following closely the elections that saw the beginnings of those "democratic gains" mentioned above.
I wonder what era will begin now in Hungary, at the same time as the country begins its first six- month stint at the helm of the EU.
References
http://www.guardian.co.uk/world/2011/jan/03/hungary-press-crackdown-eu-presidency
http://nol.hu/lap/allaspont/a_mi_valosagunk
http://dokmz.wordpress.com/2011/01/03/a-npszabadsg-tiltakoz-cmlapja-23-nyelven-a-mi-valsgunk/
Google it, you will find a lot more! Britain is just waking up after the holidays so this is just reaching the British press. Maybe the press in other counttries has not yet turned attention to this either.
Posted by Susie Mallett at 19:41

How unutterably depressing.The old Hungarian paradox: you could not hope to meet a more charming and talented people but, oh, their history of being unutterably horrid to each other (and to those who fall under their sway).

Yes, as far as the Brits, and I suspect most other folk are concerned – who cares what they get up to in their own land? They are, as has been remarked before, just one of those faraway peoples of which we know nothing – and care less. In the usual course of events, most of us do not even think of Hungarians, until they turn up on our doorsteps, driven abroad by their own country's economic and social mismanagement and/or by political oppression. Once settied in amongst us, they turn out to be talented, inventive and extraordinarily charming, as great an asset to our our own societies as they are a loss to their own.

Your Frau Merkel is not merely concerned of course by Hapbsburg-level press laws but also by dodgy new taxation designed to strip forign invrstors of every possible penny (Hungarian citizens might complain here,'Only fair, they are already stripping us'.) If she were Slovak, or Rumanian, or Serbian, in fact a citizen of any country adjoining Hungary, she might also be complaining about new, revanchist citizenship laws just adopted. Still, it could be worse. Fidesz is not Jobbik.

Thank you for reminding us about Hungary, a country on which the world of Conductive Education is dangerously overdependent. CE in the West has no need to import fear of free expression, overpricing of foreign investors or thoughtless nationalism, as the necessary price for all that talent, inventiveness and extraordinarily charm that Hungarians also bring with them.

And as for te Presidency of the EU, this lasts only six months, during which time I am sure that a less unrespectible Presidency would make no greater or lesser mess of the European world than would less febrile political leadership... E'en so, from your vantage point in Central Europe, do keep a weather eye out and keep us posted.