School’s out for Summer 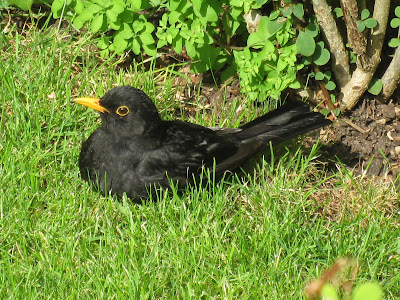 "Taking a break", by Susie Mallett, 31st July 2009
It was Bavaria’s last school day today and the first day of the summer traffic-jams on our motorways. Some children were collected from their schools and kindergartens at lunchtime, and went straight off on the family hols. The jams were 15 kilometres long around Nürnberg by 3.30 pm.

It appears that it is not only the schools that are out for summer. So is the provision of physio- and occupational therapy. Not the fault of the therapists may I add.

I was making a home visit at a stroke client’s house today and she had a lot to tell me on this subject.

I realised as I arrived that she was a little bit stiff as she gave me her left hand to shake instead of her right, which is very unusual. This is always an indication of how she is feeling.

While we worked it became more and more apparent that the spasticity in the right side of her body had increased since the previous time that I had seen her, just three weeks ago.

Eventually I asked her what was wrong.

Here is her story

When she went to get her prescription renewed for her twice-weekly physiotherapy sessions she was told that she will have to take a three-month break. The same happened when she needed a new prescription for occupational therapy. A break was enforced that is as long as those that students at university have!

I know that my client is learning, learning to become more and more independent, but I don’t think this is the type of learning that can afford a twelve-week interruption.

This client of mine is very hard-working, always practising in her everyday life everything that she learns with the different people she works with, which includes the physiotherapist and occupational therapist, and me.

Now the health insurance company is imposing an enforced holiday on her. It isn’t that she will stop practising altogether but there is a limit to what she can do alone. As her limbs and extremities become more spastic the less able she is to practise on her own.
She is now in the sixth week with no physiotherapy and the fourth without occupational therapy. She has a long way to go.

She has asked me to go each of the following weeks, whereas I usually go every fourteen days. The physiotherapist is also trying to find a way to work around it.
What can she do?
My client finds it too exhausting to keep making claims against the insurance company. She already has a claim being processed on a different case, and she won a case earlier in the year to get a training cycle paid for.

The health insurance companies bank on this. That sick people and those with motor disorders often don’t have the energy to make claims or have the money or insurance cover for a lawyer.

School may have broken up at last, but we are going to make quite sure that the sessions that this client of mine needs and enjoys continue regularly enough over the next few weeks for her to remain active this summer. My conductive group begins for her on September 1st.
There is not one penny paid by her health insurance company towards Conductive Education.
Maybe it is time for my own summer sale to begin! If I could afford it I could advertise “three for the price of two”, "buy one get a half-a-one free" or "even greater reductions for a jumbo pack".
It was most upsetting to find out that my client is not the only one. This reduction in services seems to be the norm for all people receiving continuous treatment. so summer is certainly out for all of them.
Posted by Susie Mallett at 23:32