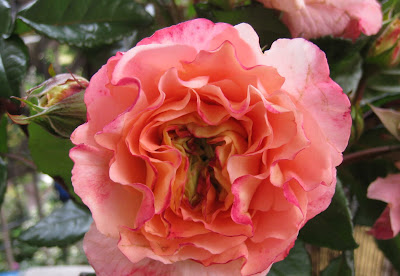 "Mmmm, can you smell the scent?" 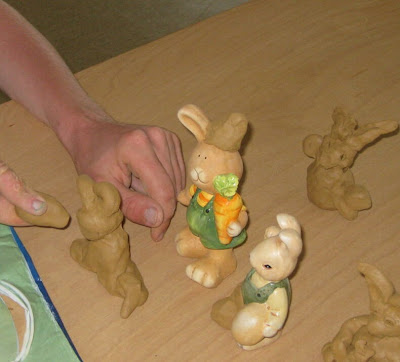 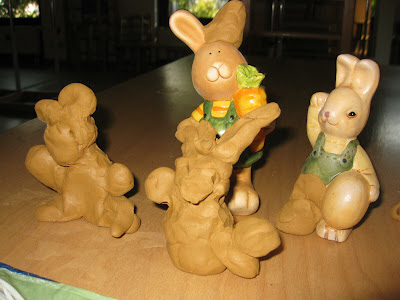 How better to reach this round figure and round off the month than with a brief story about my favourite day of my week.

Tuesday are always busy and long, and always very interesting. This week Tuesday was more than interesting, it was a delight.

The one-and-only man in my evening group, which is for adults with cerebral palsy, brought his mother along with him and both were bearing gifts. The mother gave us a delicious fruit-fool for us all to eat after our hard work, with thanks to me for being so kind to her son.
The fool was made to a recipe from her American sister-in-law but it was nearly English and had therefore been chosen especially for me! It was made from bananas, strawberries and pineapple, and it turned out to be most delicious.
That was the mother, now to the son
He presented me with a bunch of flowers, wrapped in the brightest green paper imaginable.

I took a peek inside but left the paper on to protect the flowers on the bike ride home later. As I parted the paper just a tiny bit of the most amazing scent wafted out and this same scent is now filling my whole flat as I write.

It was not until I got home and ripped off all the paper that I realised just what beautiful roses I had been given. I immediately got on the phone to express my thanks again.
The flowers are what in Germany are called Freiland Roses. These are roses grown in the open-air. The petals look like crumpled tissue-paper because the rain has been allowed to get to them, and the delicious smell reminds me of my Grandmother.
Back to the group: a few minutes after receiving the fool and roses, one of the ladies from the group arrived all smiles, bearing lemon meringue pie and Belgian chocolates. Yummy!
Why all the food and gifts?

In this evening group, when people celebrates their birthdays we usually bake pizza together and have a bit of a party after the group is over. This Tuuesd, though, the clients had put their heads together and decided that my birthday (last week) was not going to be forgotten. They had brought food with them that they had already prepared at home for us, to have as refreshments after our work.

I was speechless. These people are so kind and thoughtful. I am very tempted to call this posting "Conductive caring"!
We certainly learn how to care for each other in this group

I realise that many of my clients grow up being number one in the family. From childhood through to adulthood family-life revolves around their needs.
There are however some clients whose upbringing has been quite different. It is possible to see this in those adults who are able to put themselves and their needs in second place. Those who are able to care about others and can put themselves in other people's shoes.
There is one client in my evening group who grew up mostly in the second row, occupying the seat behind her chronically ill father. She had to wait until dad was OK before she could voice her own wishes.
She is a very patient soul, someone who can visualise the situation that many of her disabled colleagues find themselves in, analyse it and offer advice.

Yes, I suppose that between us we are learning how to do a bit of “conductive caring”

A little earlier in the day
I had been working with my autistic client. As had promised the week before, I had prepared materials for a make-over of the cardboard “work-box” where he puts all of his painting equipment.

Arriving a little bit early he was delighted to meet me outside where I was having a quick break talking to the children in the Kindergarten. He immediately pressed two ceramic rabbits in my hand, without saying a word, and then led me inside.
I have recently discovered that my client has a collection of bits and pieces which he gives to, and then takes back from some of the many people with whom he comes in contact during his week. I am very honoured to be now amongst the privileged ones who care for his "found objects".
One of the rabbits that was pressed in my hand had a broken ear and one was minus a foot. I felt in the moment that I saw this that the answer to a problem had been handed to me on a plate. Most enjoyable was that it was the joy of my client when he handed it to me, as I must admit is often the way of things.

I had that very morning, as a last-minute idea, stuck a lump of clay in my rucksack. I had been pondering ever since how I was going to encourage this fastidious young man to dirty his hands and use it.

Now here was the motivation, two broken rabbits urgently in need of an operation or two. What more could I have asked for?

In the half an hour that it took my client to paint his work-box he left the room on several occasions to wash away the paint from his hands.

I always give him the chance to do so whenever I see that he is beginning to get agitated and looking at his fingers a lot. He has as yet never asked spontaneously whether he might wash his hands.
He was delighted with the idea of repairing the rabbits and had the work-box project finished like lightning.
Absorbed, on task and messy!

We worked on our rabbit operations and new clay-rabbit production for about an hour and in all this time my client didn’t feel the need to wash his hands at all, so captivating was the new activity. It was not until the session was over and it was time to go home that he even realised that his hands were dirty.

This is quite a development, a huge step forward for us and, so engrossing was the work, that my client even managed most of the session for the first time with me all on his own. We are slowly and surely getting to know and like each other.

From my point of view this was a very fruitful session but of course my client likes to see something more concrete for his efforts. You can see the results above, a bunny family, with which he is delighted.