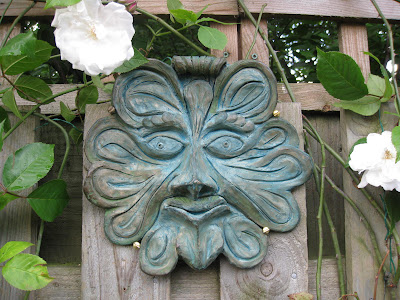 We had a team-meeting on Monday

How do other people do this?

In Nurnberg this is how we usually do it.

Our team at the moment is three conductors, two Hungarians and me.

The other two are employed directly by the Verein für Menschen mit Köperbehinderungen e.V. (the big service-providing organisation for the disabled in Nurnberg). I am self-employed and this Verein is one of my "clients". I would not have this any other way because it gives me my freedom to pick and choose.
We are still a "team" though, and two of us have been together in this team now for 14 years, since the Verein first employed its own conductors and ceased to rely on the Petö Institute to provide this service.

Down at our local

We had our team meeting this week in the Cafe Fatale, my "local” just round the corner to me in Johannis. Actually it is local for all of us now as, coincidently, within the past few years we have all moved into the city within a four-minute cycle ride from each other.

Only two of us could meet this week, as one conductor had her team-meeting for the integrated Kindergarten where she works, that had been moved to the same evening. She was very disappointed not to be with us at our meeting, as she and her colleagues were meeting in the work room and not in a cosy café.

We talked about our plans for the Tagesstätte, the afternoon after-school group which is where my colleague and I spend our afternoons these days. We despaired at the short time that we have there but were thrilled that despite the lack of time our clients are coming on in leaps and bounds and that their enthusiasm for our visits is astounding, considering that they are teenagers!!!

We decided that what we actually do in this group is what we both believe in most, conductive upbringing. We work together with the two young women responsible for this group, not only advising them but also doing all kinds of activities with the children. As I said in a previous posting, we are working on a circus performance for the end-of-term party, which involves “conductive acrobatics”, the creation of costumes and back drops, formulating and creating invitations and posters, and the choreography.

Just two weeks to go and we have a lot to do, including worrying about the weather. The circus is planned as an open-air production, and it has been just 17 degrees and stormy for the past two weeks. All that we can do is find an alternative location, just in case.
A team of three to right the world
We spent an hour on the Tagesstätte and other plans, then we gossiped about the state of Konduktive Förderung in Deutschland and Conductive Education in the rest of the world.
We didn’t set the big wide world to rights but we did bring our own small conductive world in order. We inspired each other as usual to carry on the fight, we convinced each other once again that every little helps, we encouraged each other as usual to start up new projects and continue with some old ones.

When the work was finished, or so we thought, we ordered another wine and some food and my colleague entertained me with stories of her own children, inspiring me with ideas for puppet shows performed on a table like those that her own small son so enjoys performing at home and at the Waldorf Kindergarten that he attends.

So, even when we thought the meeting as such was over, my conductor brain was, as always, still ticking over with new ideas, metamorphosing.
Talking foreign

What an odd situation we were in, though slowly it appeared to be not quite as odd as we had at first thought.

We were not the only guests at the café that evening speaking in different languages. There was another meeting going on right behind us in English with accents. Two” foreigners” finding a common language to communicate in.
At our conductor team meetings our common language is usually German, as this is our working language, but it often lapses into Hungarian and would have done so more often on this occasion if the second Hungarian colleague had been present. English is rarely used between conductors in Germany, even in situations where we all speak it. This evening we used English only when we were discussing the international conductive scene, probably because I would have been thinking in English at this point and I didn’t find the German or Hungarian words that I needed fast enough.

There were even a few words of Greek spoken. Not by me but by my colleague when she described the conducitve upbringing work that she had done in Greece earlier in her career.
If there had been a few more conductors present we may even have heard a splattering of Russian at the table It has been known.

Is it so odd after all?

Speaking about work in a language other than one's own is not really unusual for conductors. English conductors in England, Hungarian conductors in Hungary, Israeli conductors in Israel, and English-speakers in America and Canada, may have the opportunity of speaking their mother-tongue at work, but not many others conductors around the world do. Oh yes, I nearly forgot the two German conductors in Germany.

For perhaps the only time ever, during my time in Norway I had the opportunity to converse in English with other conductors while we were actually working. At the same time, however, between us all we were also using German, Norwegian and Hungarian.
It is a matter of course for us conductors to be thinking and working in more than one language. Swapping around the languages can sometimes be even more tiring than the work, it often makes things move more slowly and can make things like report-writing a tedious procedure.
It can also cause a lot of fun.
We conductors have learnt to accept this, it is our life, but I wonder whether non-conductors appreciate this “odd situation” that we conductors are in. Do they realise how difficult communication can sometimes be? Even now, after so many years in Germany, and never having "conducted" in English and rarely speaking English socially, I can still start to speak in the group and it comes out in English, and I don’t even notice!
When I do remember to speak German, I am continually asking myself:
“Am I being understood exactly how I wish to be understood?”
Usually it isn’t the words that I am worried about, it is my intonation and manner of speaking that I question. I know from hearing so much foreign English over the past twenty years that it is easy to get the wrong end of the stick because of the tone of the voice and not really because of the content of the sentence.

Between us conductors there is usually no problem with communication, our meetings run as smoothly as they did this evening when as always we were fortunate to be speaking the same language in our conductive souls.

It was a very civilised way to have a "team meeting" and was another reminder of how lucky I am to be here in Johannis.