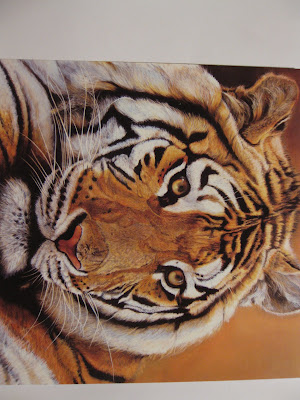 This is such a great picture to head this story but I just cannot turn it round!
Enjoy it anyway with a cricked neck!

I, and at least one fellow blogger, just received this lovely email from my reader and friend Emma McDowell and I cannot resist sharing it.

I cannot resist sharing it because of the anecdote, one of many that I have heard from Emmi since I have known her, this time about the “birth of the CE Blogosphere” pinned on to on ae wall of the Petö Institute many moons ago.

I passed the celebrations of the above occasion – held in Belfast’s newly restored St.George’s Market, yesterday, Sunday – as I was going to a festive “Evensong” to be held in Belfast’s (also recently re-decorated) St.Ann’s Cathedral. I had been invited as a representative of “Carers”.

It was a special service, lead by the Dean and attended by Northern Ireland’s First Minister and Deputy First Minister (the twin Heads of State here!), as well as by representatives of 180 charities receiving donations, result of the Dean’s Fund, an established fundraising organisation, lead by the Cathedral’s Dean from year to year. It is also called the Black Santa Appeal, because the Dean stands outside the Cathedral for two weeks before Xmas (in black robes) and receives donations from Xmas shoppers (of course it is a much wider charity-fundraising work which goes on all the year through.)

Initially I was not too happy to have to attend the service on a Sunday afternoon, after an especially hard week and crammed week-end, but it was very worthwhile after all (and this was not only because of the cheque I received for Carers.)

I can now meditate on how I saw “East met West” in Belfast on a sunny February Sunday afternoon, with emphasis on “West” (= Western European; while I myself come from so called Eastern Europe, as we are – wrongly – perceived by the English; the correct geographical position being Central Europe, with us, Hungarians always leaning towards the West…)

What I experienced in the cathedral was a show of the best of the Western culture, still overwhelmingly so in these parts. I was happy to see that the conductive summer school “Lighthouse Trust” was still represented, in fact its work was worth a particular appraisal from the Dean.

I have just read through some of the Blogs and must say it is very rewarding to see how many there are now, with you in the lead.

Count it as a major achievement of “the Year of the Tiger”: conductive bloggers!!!

I see, the old Institute even participates, with the recent (to Andrew: mysterious) “Thesis”. This latter simply reminded me of the occasional article that I saw pegged up on the Notice-board (Fali Újság) at the corridor of the Faház, written by “better” conductors sharing their experiences in writing, probably as part of their academic work. It was there for all to read while waiting for your child. This service is done by the blogs today. A bigger readership, undoubtedly – but it, too, had a “seed” in the original “Pető”! I hope you are well and healthy, Susie, how can you keep it up? I just pray that you CAN!

Thank you Emmi, I am well and healthy. I also hope that I can keep it up and will endeavour to do so for as long as I can.