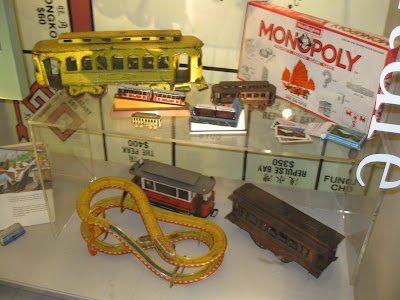 Treasures spotted while waiting for a ride to take me up to The Peak
Hong Kong, December 2010
Fair exchange
When I was a struggling artist, after I had left art school with my degree in Fine Arts but before I set off on my path as an art therapist and art teacher, and later a conductor, I was really happy when I could find someone willing to swap skills for goods, instead of exchanging money. It was not so bad being poor but it was not at all nice being cold in the east wing, the servants' quarters in fact, of a very ancient country manor house that was my home in those artist years.
I knitted paintings that were warm, original, one-off pullovers, made to measure in the colours of the customer's choice. Most of them werenot sold but swapped for the skills of a plumber, for jars of marmalade, honey and bottled foods, for decorating my flat, for a ticket to a concert and, best of all to get through those long cold winters, a winter's supply of logs for the fire.
It was quite usual at that time to barter in this way. I knew a well-known local artist who paid for all his dentistry with his water-colour paintings.
The CE centre Steps are not swapping skills but are accepting skills as donations. What better way can there be to help a cause than to do-it-yourself. Than to do as this building contractor company has done and to renovate buildings for the Steps Centre as a donation Peter Cox has installed a damp proof course while designers, builders, plumbers, electricians and many other specialists have lent their support in a "Challenge Anneka" Style makeover, renovating the existing dilapidated old hall and building an extension to create a theatre/function room which can be hired out to generate revenue to fund the charity:
http://hostsbuys.com/web/O5356597O1/view685368409
STEPS - http://www.stepscentre.org/
Bringing it home
As I read further here I was pleased to see acknowledgement made to something that I have always been aware of, something that is rarely mentioned. This is the disruption caused to family-life by long separations when trips to Budapest were the only possibility if families wanted to access Conductive Education.
I experienced this disruption first hand, when I was living in Budapest in the late 80s and early 90s. This was a time when there were still very few centres outside Budapest for children from other countries to visit. Many families were living for long periods of time in Budapest. Most families had one parent present in Budapest, while the other was absent back in England or another country, working as teacher, taxi-driver or engineer, busy earning the money for the next few months in the Petö Institute.
"STEPS was initiated in 1995 by four Loughborough families who had children with cerebral palsy or associated motor dysfunctions. They had experienced the benefits that conductive education brought to their children and wanted other Leicestershire families in a similar position to have the same benefits without the disruption that trips to the Petö Institute in Hungary cause to family life."
Posted by Susie Mallett at 02:45