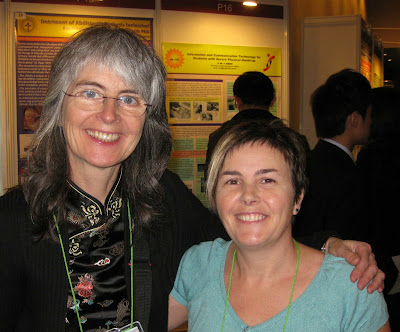 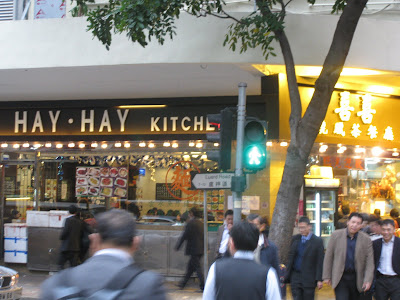 "Hay Hay, Wan Chai"
It has been a nice surprise a few moments ago to discover Lydia again here:
http://conductiveedwa.com.au/wp-content/uploads/2010/09/Lydia-Evan.pdf
I met the full-of-energy lady featured in this article in the Hay Hay, the noodle restaurant that I frequented often with friends, in Wanchai, Hong Kong. We had a really jolly evening there with four Brits and three Aussies getting to know each other.
There was a big participation from Australia at the World Congress, that included parents and conductors as well as therapists and others interested in conductive work.
I had seen that Western Australia were sending several conductors to Hong Kong when I read its newsletter last year:
http://conductiveedwa.com.au/wp-content/uploads/2010/08/CECWA-newsletter-Issue-6-Sept-Spring-20101.pdf
Lydia was one of three parents I met from Western Australia. Amongst the conductors was one I had not seen since our last day at the Petö Institute, in June 1993. A fellow British student at the time, Shona who is now working out in Perth. It was strange, it was as if we had been seeing each other at the breakfast table in Hong Kong every day for the last eighteen years. Sometimes I think that there really is a conductive family.
A good week in Hong Kong
It was a week of surprises in Hong Kong. A week of making new friends but also of being re-united with old friends. Some unexpectedly, other pre-warned, but just as surprising and exciting. I had seen the names of some people on the Social Networking Site or on the lists of presentations that were available before travelling to Hong Kong.
The Social Networking site is still active with the regular addition of participants' photographs:
http://www.ce-congress2010.org/CE/modules/news/article.php?storyid=82
Posted by Susie Mallett at 20:09