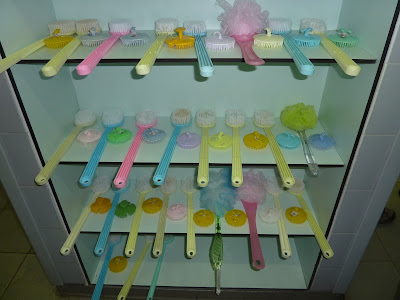 I was travelling in Australia in 1987/88, at a time when people, centres and organisations throughout the world working with children and adults with disability were taking great care in their choice of words to describe their work .

During my stay in Australia I visited centres for people with disabilities in Sydney and in towns furthur north along the coast. I was somewhat surprised to discover that use of the word "spastic" in their names was still considered acceptable. Elsewhere in the world "cerebral palsy" was the term being used to describe the condition.

When I was in Hong Kong in Decmber, travelling northwards in a bus to visit a SAHK workshop and hostel for adults with disabilities, I heard the story of the Spastic Centre in Sydney, Australia and how it had been only recently re-named, as mentioned in the Google Alert below.
A conductor, who had been one of those who showed me the ropes in the first group that I worked in as a student at the Petö Institute, and who now works at a centre in Australia, talked to me about this change of name, and talked also about the difficulties faced while doing it.
Cerebral Palsy Alliance:

http://mt-druitt-standard.whereilive.com.au/news/story/new-name-for-spastic-centre-less-stigma/
In Hong Kong SAHK has managed it by using only its initials as its new name and logo.
It can be very difficult for charities already well known in their local communities to continue raising sufficient funds if they need to change their name. A good advertising campaign needs putting in place for people to make the link.
That goes for more than charities.
Posted by Susie Mallett at 04:37