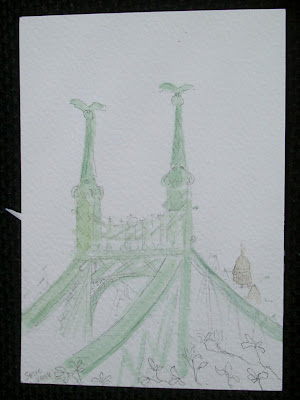 Living life in our group

Just as we had planned two days before, the stroke group members were all there at 9.30 am ready to go at full steam ahead for one and a half hours. We were hoping to get through as much of our normal programme as we could in just half the time because today we had other plans.

During this shortened programme we had a really good laugh. The laughter was mainly due to the fact that although the clients were putting their all into it, I seemed to have left my head behind somewhere. I was getting in terrible mess with my German I was somehow in English mode this morning. To make matters, not worse, but even funnier, when I did concentrate really hard and rediscover my head enough so that the German language improved, my clients teased me by doing a completely different movement to the one intended.

They said they were just testing to see if I was awake. While I work I have eyes in the back of my head, I notice everything they do, but even when the observation is good I still manage to get my words mixed up sometimes and they know it.

So it was a really fun start to the day and so lovely to see how this youngish in age, stroke group can be so jovial and spontaneous, and can deviate from the programme while still retaining their concentration. That is a lot of progress for them.

They truly are a well established group, and although the newest member has been with us for only six months, the longest standing has been attending for ten years. The friendships between the members, the care and encouragement that they show to each other are always apparent during the sessions and today were even more so.

It was our last session for four weeks but this was not the only reason for the fun and comradeship. We had other reasons to celebrate! One of the members in the group had found his freedom and in doing so he had freed up the rest of his family members too. He had bought himself a car!

When we all first knew that this client was preparing to take all the tests necessary to drive again after a stroke we have jokingly talked about where he would take us for a trip in the new car. He had promised to take us to the local café and that is what he did today, in style. Once there he treated us all to coffee and cake!

Congratulations where indeed well deserved and not only had he the new car and his freedom, he had decided he was going to drive to France this summer with his wife. He would give her a well deserved break; she would not have to drive. His wife is a teacher and he talked to me today about how she has her life back again too. He described how that after several years of rushing home to drive him to all his appointments and in her school holidays also drive him the fifty miles to “Petö” twice weekly, she now felt like she had all the time in the world. She could attend after school meetings and prepare for lessons at school without thinking about rushing home. She could go to her yoga classes and visit a friend without having to leave early to collect her husband. Family life was near normal again.

Earlier I described the comradeship within the group while we are working on our programme. When we went out to the café, which by the way was our first ever social trip as a group, this changed to something completely different. I was no longer in charge, they still looked out for each other as they do in the group rooms, but now they also looked out for me. I was being treated in just the same way that they always treat each other. My role was now a different one. I was out in the café as a friend, no longer the group leader. It was a delight to see was how this group of stroke victims, three of them with aphasia, was able to adapt to this situation and spontaneously behave accordingly.

What is more they all became so incredibly independent. They were walking tall and overcoming all fears of talking, even talking confidently to strangers. They all ordered their own coffees and cakes with no stuttering and stammering. They confidently asked for assistance or accepted offered help to carry their tasty morsels to their chosen tables.

The group then began to converse with each other over coffee on a completely different level than in a quick break in our group sessions. They had time to have really long conversations, discuss holidays and families and to ask each other questions.

It was a pleasure to be part of this experience, not only be there observing but to be really truly part of it.

This was a highlight for me

I have been working with a stroke group in Nürnberg for a long time, almost ten years and I think I can say honestly say that this was the highlight. One of the group found his independence. As he put it “my car is my return to freedom”.

The rest of the group regained some freedom too through being taken in the new car to the café and through all that they experienced there. The group has also seen what it possible. Some are now motivated to follow suit driving, others to take on other challenges. Two young men are discussing a weekend trip together to Cologne, a first unaccompanied holiday since they became disabled.

I had the privilege of being part of these celebrations and the run up to them.