In need of glue 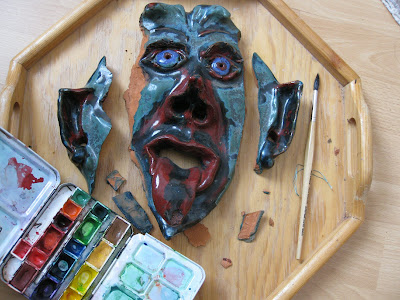 "In need of a spot of glue" by Susie Mallett 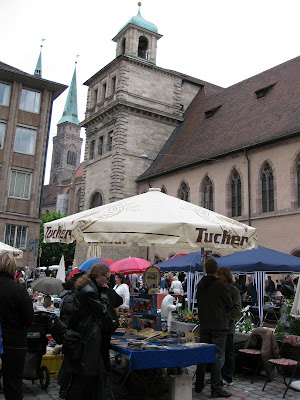 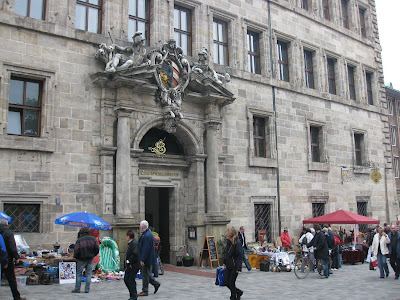 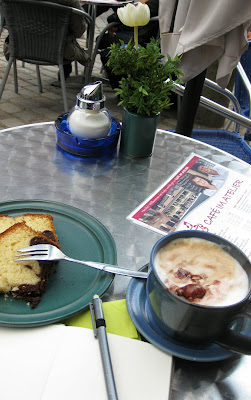 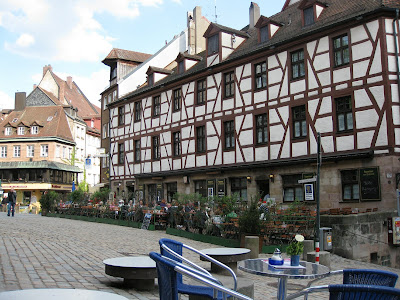 Despite having several conductive postings in my old notebook the first one in my new book is about my lovely life.

Just two minutes' walk from home is Café im Atelier, one of my favourite haunts in Nürnberg, and that is where I have escaped to to get away from the buzz of the Menschenmassen (crowds) in the city-centre.

It is flea-market weekend

This is a twice-yearly event when anyone who has something to sell can rent a length of city-centre street by the metre, set up stall and sell “junk”.

I nearly always come across the flea-market by accident as I did today. I only went into town to buy some two-part epoxy glue. I needed it to mend a gargoyle creation of mine that is at least fifteen years old . It was, all those years ago, already a cracked reject, which is why he was one of five that I kept for myself. Sadly, because of my neglect, he did not make it through the last winter . I forgot about him, and left him hanging out on the balcony through frost and rain, and snow and freezing temperatures, for months on end. He eventually fell off the fence when the big thaw came in March leaving only his ears hanging by a thread.

It was time for the gargoyle doctor to be called. I have two more creations, green men, who have been awaiting setting in their marble eyes for over a year now so off I went after the glue, and discovered the inner city flea market!

It took me three hours to buy my glue

Then I ended up in the newly emerged, warming sun, soaking up the vitamin D with a coffee and some cake. In the square outside the café as I wrote this posting I felt like I was sitting on the front of a chocolate box or in a scene from a jigsaw puzzle. This must be the most picturesque place inside the city-wall to enjoy coffee and cake and blog-writing.

I was far enough away now from the flea-market for it to be peaceful and, with just a couple of the other tables occupied, it was a perfect tranquil way to end the afternoon. With a blanket wrapped round behind me, I stayed there until the sun disappeared behind the city wall.