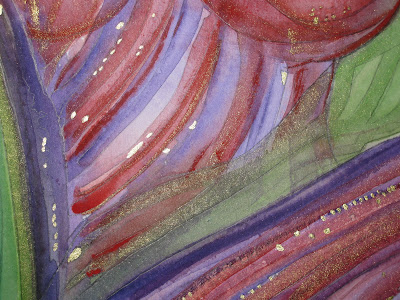 By Susie Mallett, May 2010
Do Hungarian trainee conductors learn about or even get to visit the Dr Emmi Pikler Institute in Budapest?

I studied at the Petö Institute but have only learnt about Dr Pikler since I have been living in Germany. Her name is mentioned in the same breath as Maria Montessori, and only during the past month have I learnt about the Pikler Institute in Budapest.

Dr Pikler and her work have come to my awareness twice recently. Once because of a conversation about my adventure playground style sessions for the littlies after school and again because equipment used in Pikler Institute groups was featured in the local newspaper.

A few weeks ago I expressed my wish to have a room full of constructions where the children can get from A to B to C and then back again independently but with lots of thought needed on how to do it. A room that I could change every now and then, or where the children can help change the construction, but a place where I did not have to clear away the equipment each session. This conversation occurred at a time when I was aching all over from furniture moving!

My colleague wondered whether some Pikler furniture would be useful. She considered the possibility of trying to get sponsoring for some of this specialist climbing equipment.

I did not really know what it was so I looked it up on Google, and then the very next day there was the article in the local newspaper that was about a Kindergarten in the region being presented with the some of the said equipment.

Through googling I became more interested in finding out what the Pikler Institute was doing with the children other than give them furniture to climb over, than I was in acquiring even more wooden furniture for our groups. In my opinion it appears to be too flimsy for our purposes.

Dr Pikler, a paediatrician, was commissioned in 1946, by the City of Budapest, to organise a home for young orphaned children. A place where these children could live in a safe environment until other living arrangements could be found for them. Dr Pikler’s concepts included respecting the child as a person, an active individual given an environment in which to move freely and safely.

The International Pikler Institute offers aid to children, parents and caregivers. Through its training courses and outreach programmes it is dedicated to raising healthy, happy children in environments where the children are nurtured to become emotionally and socially mature individuals, able to adjust to the needs of others and the environment.

I come to the same conclusion here as I do with Petö wooden furniture. Wooden furniture was used because that is how it was made in 1946 in Budapest and elsewhere at that time. Wood was the material that was available, it was the cheapest possibility, and there was no money to be spent on designing. There were enough carpenters, even odd-job men, around who could build what was needed from wood that was readily available.

The equipment that Pikler, Petö and Co. were using had then and still has now, nothing what-so-ever to do with the actual work that is going on with the children. I still maintain that a conductive upbringing and from the little I know about it, probably also a Pikler upbringing, have nothing to do with the wooden furniture.
Has anyone out there visited the Pikler Institute, in Lóczy Ut., Budapest?

Please tell us all about it if you have.