Advice from an enthusiastic mother 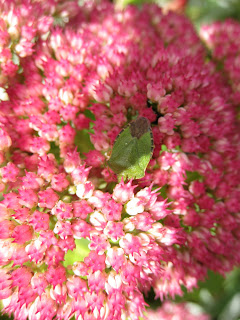 "Autumn sunshine" by Susie Mallett
September 2011
“A very real, more successful, less dangerous alternative to stem-cell therapy. Look into it!”
This is a blog posting by a mum in the USA describing how she discovered Conductive Education:
http://myangelhascerebralpalsy.com/?p=60
I could not open the site but a friend of mine could and has sent me a copy of what the Mum wrote there. Just in case other readers cannot open it this is what she wrote:
“Funny thing is, I didn’t find out about it from my own research. My caregiver Sayra was taking Phoenix to swimming lessons every Friday afternoon so he could get to his lesson on time at 5:30. (God Bless Hubbard Swim School and their accomodation for children with special needs www.hubbardswim.com). Sayra said a woman had approached her when she suspected that Phoenix had cerebral palsy. She gave her a flyer about an upcoming summer camp in Phoenix that her daughter had attended and had made amazing progress.
Three weeks later, Phoenix started summer camp and received conductive education provided by an organization out of Tucson. Only 20 states in the U.S. have similar programs. Conductive Education is a practice developed in Budapest, Hungary in 1948. At that time, it provided an education for non-ambulatory children in Hungary who were excluded from mainstream schooling due to their disabilities. Now, the Petö Institute (named after Professor Andres Petö who developed the program) provides hope for children around the world. Visit http://www.peto.hu/en/  for more information.
The idea behind it is repetition of tasks to create new connections in the brain. I simply cannot explain how amazing conductive education is. That’s why I want you to STOP READING MY BLOG and visit http://swgaitway.org  NOW. Click on the 60 Minutes link off to the right and be prepared to want to quit your job and move to Hungary. If you happen to be blessed to live in the beautiful state of Arizona, and even more blessed to live in Tucson where Gaitway has after school programs, contact them today.
Phoenix loved summer camp and still talks about it. In three short weeks, he was holding on to a bar and walking with assistance. If he could attend the after school program in Tucson, his progress would be even more noticeable…but we are lucky to even have the three weeks in June. A very real, more successful, less dangerous alternative to stem cell therapy. Look into it!“
Posted by Susie Mallett at 20:50