CE in the East 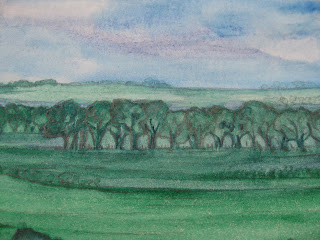 "Not quite as flat as the Lincolnshire fenland"
By Susie Mallett, June 2011
A while ago I asked here on my blog whether anyone knew anything about Conductive Education in Norfolk.
No one responded. Perhaps I should have written: “in the East of England”.
At the time of asking I already knew that there was a School for Parents in Norwich and I now know that there is a School for Parents in King’s Lynn.
Now there is another episode to add to the story.
East Coast Conductors
Moving up above King’s Lynn, just above the Wash, out into the sticks of the even-flatter-than-Norfolk Fenlands, I discovered a real, live conductor who is living and working out here in the East.
There in Lincolnshire is no parent’s school once affiliated to Scope or hosted by the NHS as in Norfolk. There I found just a conductor and her Conductive Education centre.
I discovered this East-Coast conductor quite by chance when Google alerted me to a Facebook page via email, with a mention of the Naomi’s Garden project that had just finished.
Conductors are not quite as rare as hen’s teeth but there are not many of us about. Perhaps it is because of this rarity that we seem to have magnets attached and attract each other when we are within a few miles of each other. I was once approached by a couple of them on top of a mountain in Canada!
As “bumping-into-conductor” experiences have in the main, always been pleasant for me I immediately wrote a note on this Facebook link to introduce myself. Soon after there began a fast exchange of email addresses, phone numbers, and finally arrangements were made for a meeting.
A couple of weeks later I talked over lunch in a restaurant in Norwich to a young lady half my age, who is as passionate about her work as I am about my own. We talked about the smallness of the conductive world and how lovely it was to be able to communicate and understand each other immediately that we met. This really does happen often when I meet conductors.
Roots
This young, NICE-trained conductor, is intelligent, enthusiastic, raring to go and, like me and also now more and more conductors, self-employed.
The establishment of this Fenland conduction is an amazing story, one that I hope will soon be told in a guest article on e-Conduction’s, The Conductive Press, site.
This young conductor and her story is inspirational in these times of financial troubles and cutbacks.
Where there is a will there is a way and I have always thought that one very good way would be going back to home base. Returning to the homeland, to the place where you were before training to be a conductor, perhaps where you were inspired to become a conductor in the first place. Being in the place where you know people and where people know you, can make all the difference between survival and going under in those early years when setting up business.
I hope it will not be long before we hear this story straight from the horse’s mouth.
Notes
e-Conduction, The Conductive Press -
http://www.e-conduction.org/TheConductivePost
Norwich School for Parents -
http://www.nansa.org.uk/
http://www.nansa.org.uk/html/norfolk_school_for_parents.html
West Norfolk School for Parents -
http://www.wnsfp.co.uk/video/
Posted by Susie Mallett at 23:26