Images of my face, my work, my paintings… 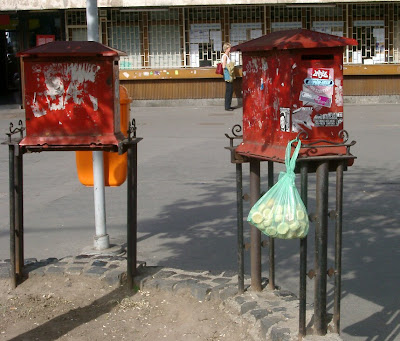 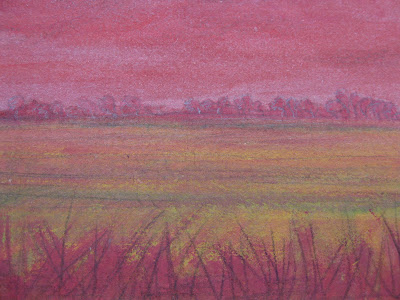 "A red sky at night is the shepherd's delight"
by Susie Mallett, June 2011

Do I give them to the whole world to use when I post them, or when someone else posts them without my permission?

Is there the image equivalent of plagiarism?

I have been thinking about photographs and how images get used all over the internet with and without permission from the people featured in them or from the photographers.

It has happened to me, I expect it has happened to many others. I have seen myself on the website of a centre in Germany where I was featured at work with adults. I had not been consulted about their use, I had not even been aware that someone had taken the pictures because I had been concentrating on my work.

I have in the past refused to be photographed with groups attending meetings and conferences because these are also circulated on the Internet without the permission of those featured.

I always ask anyone that I photograph whether I can use the picture or not at the time of taking it, I have never had anyone ask me this.

Recently, on June 19th, there was something on Andrew Sutton’s Facebook page about this same subject. He had written a blog about cerebral palsy in Malaysia:

Two conductors consequently wrote in wondering why they were featured on this blog in photographs taken in Spennymoor, County Durham in the north of England, several years before.

What do people think when they use photographs from other centres? Do they think at all? Do they ask permission?

These are all questions that I have been asking me for several months now.

Are the photographs that we have posted somewhere on the Net really there for everyone’s use? Should there not be a reference to the sites that they come from, a thank you for the use of them, a note of who posted them or who the pictures were taken by?

What a rip off!

I was prompted to post the above that I began several days ago when I read a report about the Hungarian Conductors’ Association:

The report featured many photographs that I inadvertently, by clicking on them, discovered came not from the Hungarian Conductors’ website but from the Petö Institute site, The Carson Street, WA site and Massagermommy blog.

All these photographs can also be found on Google Images. When I accessed the Google Images “conductive education” page myself, I found the picture featured at the top of this posting! I had taken it myself in Budapest several years ago and it has absolutely nothing whatsoever to do with Conductive Education, but with my interest in the life in Moszkva Tér, memories of meeting there, az óra alatt, on many occasions, and my love of pogácsas!

While looking through the 265,000 images that resulted from my search I found a few more pictures of my artwork that feature in my postings but none of me at work.

After clicking on a chosen image there is a column next to it that tells the source of the picture and that the photograph may be subject to copyright. As far as I know my artwork has not been picked to illustrate any other websites that deal with conductive education, I have never been contacted with copyright enquiries. So do those who use these images actually take the trouble to find out whether they are subject to copyright or to ask the owners whether they mind their being used elsewhere?

What do others think about this subject? What about centres that pay lots of money for professional photographers to illustrate the websites and flyers, what do you all think?

I am certainly going to be even more careful about the images that I post and any photographs that are taken in my presence.

Well Susie, this brings to light many of the same questions I ask myself each and every day. If I am being completely honest I will tell you that I am on the fence about showing pictures on facebook, on blogs etc. Initially, I was very scared of showing pictures of Hailey, I am still very nervous about it. There are many reasons some are quite obvious, with the world full of lurkers, perverts, criminals etc.You can never be too careful. And that it is exactly what you have to do...be careful, Though there are people out there doing the wrong thing with pictures, it is important to be discrete about where you live, or where your child goes to school or what park you go to etc/ Nothing is completely child proof. I also realize that I have learned so much through blogging and facebook, websites etc. I would have never known about CE if I hadn't learned about it through someone elses site, pictures etc. In todays world used correctly and not abused, social media has alot to offer as far as educating oneself. I guess I would have to say if you don't want the world to see, then you musn't put yourself out there. It's a hard one, one that I struggle with every single day, but I can't help but notice the amount of people who really do benefit from such outlets.

Yes, you are absolutely right we have to take responsibility for ourselves, we have to be very careful and only put up there in public what we are willing to share.

As you say we can learn a lot from other people's blogging. If we wish we can also assist in spreading their word further afield.

This relates to another point that I made in this posting: to acknowledge where/who we learn from, whether in pictures or the written word, when we publish work from others in our blogs.

I think in this very public world the least we can do is to respect our fellow bloggers and state that they are the source of any information that we use.

In the case of previously unpublished work, especially private photographs, permissiom can be sought before use.

Thank you too Janet for all that I learn from your blogging,