Equal rights: does this mean inclusion? 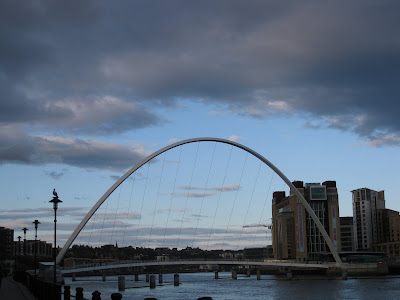 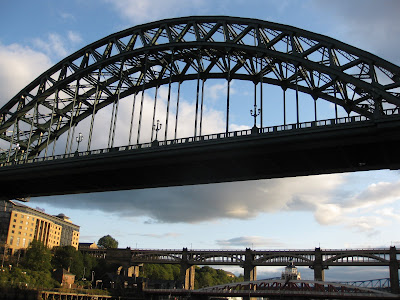 Down and up the Tyne
I am writing this on the plane as I travel back from a three-day meeting in England where, although inclusion was not topic of discussion on the agenda, I did discuss it with a few of the delegates who work in England, in between our organised sessions.

In England inclusion is nothing new it is becoming the way of life for teachers working in special schools and conductive centres. In Germany it is, as one special-school teacher said, “still something new”. The same teacher and also a physio-therapist went on to tell me what inclusion means in their own personal opinions. This was the difference that I discovered. In England, inclusion is defined officially within the education system while in Germany it still seems to be a matter of individuals’ fighting for inclusion, expressing their personal opinion and making their own separate decisions as to what inclusion and/or integration mean.

Recently I was told by some parents in Germany that it had been my unthinking assumption that their child would try for a place in mainstream school that had given one of the families I work with the courage, confidence and energy to keep searching for a mainstream placement for their child even after being rejected once. I suppose that this assumption stems from my knowledge of what it is like in the UK.

In Germany it is a long, long fight and only the children with parents tough enough to fight get the chance of attending mainstream school. But does this give them less chance of gaining equal opportunities? I do not think so if the alternative, the special-school placement, is well chosen. If it is chosen because it offers the best possible placement for the child.
It would be really nice to hear reader’s views on equal rights, abuse and inclusion. Get writing please.
Posted by Susie Mallett at 11:54

I see that Andrew Sutton has written about problems that he is having posting comments on his and other blogs. he has posted the lost comments here:

Will there be a report published on this meeting, do you know? There are a lot of such meetings going on at the moment. All that disussion at such a cost: it would be a pity if more people could not benefit.

Andrew, yes there should be reports from this meeting published on the Project's website:

There was a discussion at the meeting about what should be put on this site for the general public to read and it was decided that the reports will be published. As far as I can see there are no reports in thhe public area of this site to date. this was the third of seven meetings.

I hope to get some of my own reporting done this weekend here on my blog.

It does sound like 'the general public' (Greek::'hoi polloi) is getting its usual ration of information. I shall look forward therefore all the more to what you will have to report.

Blogger Comments seems to be working now.
I will do my best with the reports for the hoi polloi but time just seems to run away from me these days and my poor blog gets neglected. It is time that I found time to nuture it a bit.