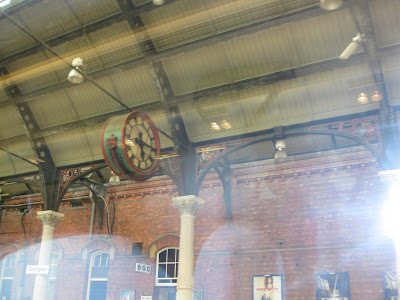 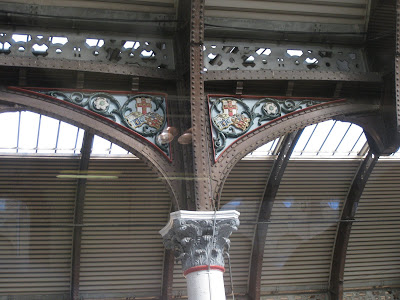 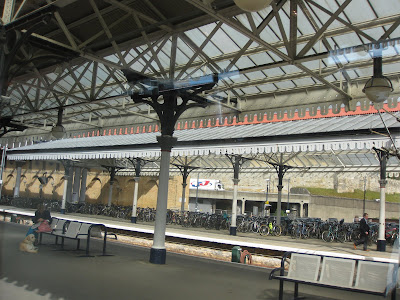 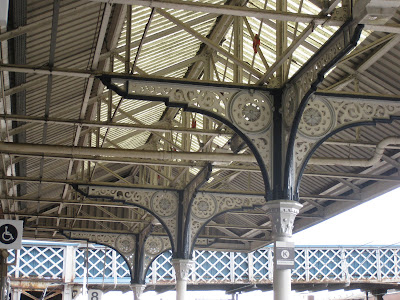 York Station, June 2011
Abuse on public transport
In an article that leads the front page of The Times today the chairman of Scope, who is a wheelchair-user, discusses some figures that the organisation has gathered on the level of abuse that occurs towards people with a disability while using public transport in Britain. She claims that the amount of abuse occurring is increasing.

We must realise that these figures have been gathered by Scope, a charity that was founded in 1952 by three parents and a social worker who were determined that disabled children should have rights equal to those of their non-disabled peers. The figures could in some way be biased towards the present activities of this charitable organisation. The Equality and Human Rights Commission, however, also has something to say on this subject. It confirms that public transport is: “a hotspot for violence and harassment targeted at disabled people”.

A report will be published by the Commision in the autumn of this year releasing its research figures on this matter.

What can I contribute on this subject that hit today’s headlines?

As far as what is happening in the United Kingdom I have no opinion to offer as I do not know any wheelchair users with whom I can discuss this. All I can do is to relate stories from my experiences in Germany.

Many of the adults who live and/or work at the centre where I also work approach me regularly to talk to me about their experiences out in the big wide world and in particular while using public transport.
Why me? Well, it is most probably because they know me as a cyclist who jumps on and off public transport with a bike. It is cyclists using public transport who cause difficulties for many wheelchair-users.

My clients and colleagues tell me that they often come across cyclists and bus and tram drivers who an inconsiderate, unwilling to cooperate and actually do not comply with the rules of the local transport system.

There are places on all buses and trams in Nürnberg designated for the use of wheelchairs, prams and bicycles, in that order of priority. If I jump on a bus that is empty enough for my bike to fit, then a couple of stops later mums with prams or wheelchair-users wish to use the place, I have to alight and use my muscle-power or wait for another bus to arrive with enough space for me. According to the disabled people who talk to me, many cyclists are uncooperative and refuse to comply. I am told that they can also become abusive and in such cases the expected cooperation from the driver is not forthcoming.

All cyclists should know the rules of the road: we are only allowed on a bus or a tram when there is enough space not to cause danger or inconvenience to other passengers. Drivers are supposed to reinforce this.

I have helped all I can by acquiring the leaflets from the local transport company that explain the rules-of-the-road, hoping that by distributing these amongst the wheelchair and public transport users they will give confidence to confront the passengers who occupy their rightful spots, and to ask the drivers to help them in educating the general public, encouraging all to act with due respect to fellow travelers.

In the sixty-six years since Scope was first established I wonder how much further we have gone along the path to equal opportunities for all, of gaining equal rights for disabled and non-disabled people.

It would be interesting to know what people have to say in other countries.