It made my day! 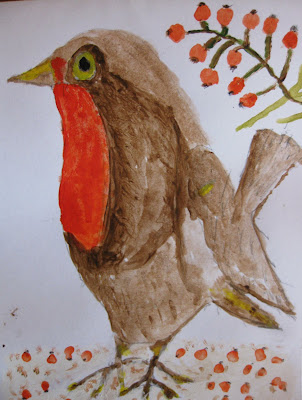 I know I am always really tired after a late-night-Tuesday with the workers group but tonight I must have been looking my age too! For the first time ever, on a crowded bus home, I was offered a seat.

It was a lovely gesture especially as it came from a lovely young lady who was only ten to fifteen years younger than me.

It made my day not because someone thought I was a tired old lady needing to rest tired legs but because it changed my view on the world. I thought that the age of chivalry and polite behaviour was dead. it appears to be surving in a few corners of the world!

This is the second example of "chivalry" that has crossed my path this week.

On Sunday I visited an old stroke client. he joined our group for about eighteen months abut a year after he had suffered a stroke. In that time his speech developed enough for him to get by independently at home and he re-took his driving test and passed.

I had not seen him for about five years until last Sunday when I had to call at his house to collect something for a mutual acquaintance. Despite being a wheelchair-user and really limited in the words he uses this elderly man made it quite clear that I was to wait before I took my coat off, and again when I put it on again, until he had made his way across the room, as this was his "job".

He explained to me that there are many things that he has forgotten since his stroke. He has forgotten for example, all that he learnt in his chosen profession as a chemist, but things like how to behave as a gentleman in helping a lady with her coat he tells me he will never forget.

I am glad about that as I love having my coat held as I slip by arms into the sleeves and having the collar lifted up in position.

It was a wonderful experience to spend an hour with this man. Not because he held my coat although I found that very charming, but because despite the fact that he really does have a very limited vocabulary he has a great will to communicate. And communicate we did, about a great many very interesting things.

I have been invited again after the trip to Hong Kong to relate my experiences of China and to eat homemade cake.
Posted by Susie Mallett at 01:11