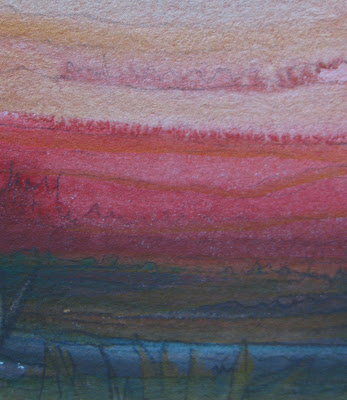 There were several comments on my recent posting on muscular dystrophy and I promised that I would get round to writing a bit more on the subject. It would still, though, be nice to hear from anyone else who has something to say on the subject.

Jules asked in her comment about similarities in the techniques used in solving movement problems between clients with spina bifida and those with muscular dystrophy.

This depends very much upon the severity of both, but the difference is that, while we can help children with muscular dystrophy to increase the strength in their whole bodies, and find solutions using all their bodies, we teach clients with spina bifida how to strengthen and use other parts of their bodies that are not affected by their condition, to assist in moving their paralysed or partially paralysed legs.

Jules was right in her comment that clients with paraplegia, some with multiple sclerosis and some with muscular dystrophy, some with stroke and some with spina bifida, who can no longer use the strength of their muscles to move and bend their legs, can possibly be taught how to use the power of other muscles in other parts of their bodies, if these are still strong enough, to move their legs with a swing.

Children and adults with muscular dystrophy and adults with multiple sclerosis who are at the stage at which they cannot bend their legs to step forwards have probably also lost the power in other muscles too. Their bodies may also not be powerful enough to provide the needed propulsion for movement.

Jules and Andrew both mentioned 'adapting' in their comments. I have written about this before in my postings.

There really is just not one way to do anything. Conduction is about transformation and for this transformation to take place we and our clients are continually adapting what we know and what we can do, to move on to the next spiral.

There is no typical client with any one of these illnesses or disorders previously mentioned. This is one reason that are no recipes for a conductive upbringing, the other being that there is no typical family. It is also why there are no limits on who and how we can teach and help to solve problems.

Conductors find their own way, together with each client, to achieve something that they wish to do. Together a method is found that solves a problem successfully. This may be something that the conductor and client discover together, it may be something learnt as a student or later from another conductor. It may be a method that the client has discovered, or a combination of all or some of these. These methods will be adapted by the minute, by the hour, by the day and so on as changes take place and other influences come in from different directions.

I was on playground duty in the kindergarten this week

At first I was scooting around with one of the “Petö children", as integrative children are fondly nicknamed, on a big blue scooter. I was with the boy who has recently found his feet and his voice, his eyes, his hands, and his soul. The boy who now rides a bike and walks for half an hour in the playground with a rolator, and now rides a scooter with me.

After we had been scooting around for a while (I do not know who was having more fun, the little lad or me) along came our “Petö boy" who has muscular dystrophy. He was riding past as fast as the wind, all alone on a tricycle made for two. He pulled up abruptly and asked my scooter friend whether he would like a lift!

On he jumped (well I helped a little, and seated him backwards for safety reasons - there is the backrest to hold on to), and off they went together for the next twenty minutes.

They stopped now and then for a chat with friends in the Wendy-house or to avoid a crash with another wild driver, but neither of them wanted to get off the bike to try out something else. A Bobby-car fire-engine did not tempt them, neither did the waterway with boats and sprinklers. They went whizzing around the cherry tree and along the straight path until it was time to steer around the chestnut tree and start the circuit again.

All the time our boy with muscular dystrophy was pedalling furiously. There was a lot of muscle strengthening going on there. Head and trunk control were needed to whiz around the bends, as well as good coordination, and extremely strong legs to power the two of them along.

At the same time as doing all the hard work, in the tone of Mr Toad in his red sports car, the driver was calling out in his Turkish-accented German:

The Turkish Abteilung (department) of our Petö group was driving, the Greek Abteilung was the passenger and the English Abteilung was trying to keep up just in case the emergency services were needed! The Hungarian Abteilung was keeping a close eye on our crazy activities, and we were occasionally caught up in a traffic-jam with the German Abteilung riding on the fire engine complete with water canon.

There were another ten children, all busy with their own games, to be observed, to have chats with and to wave to as we made our adventurous journey before lunch.

I do hope that I get asked again soon to share playground duty.