Looking after body and soul 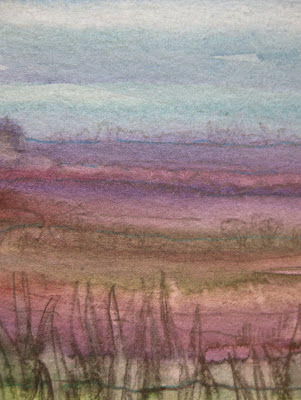 I think it was in Hamburg where I spoke to the director of a centre providing conductive education who told me that as well as CE for their clients they provided physiotherapy for the conductors whenever they needed it.

I thought this was wonderful and very innovative, but I discovered that surprisingly few people took up the offer.

Over the years as a conductor, and before that as a teacher and art therapist, I have had periods when a part of my body needed a bit of assistance to do its specific job properly.

Sometimes I have been prescribed physiotherapy by my doctor and earlier, when there was money in the health insurance piggy-bank, also massage. At other times I have simply asked one of my therapist friends to help me and I have paid for the treatment myself.

What ever caused it I will never know, it does not matter at the moment as long as I do not do it again.

The problem now is that the pain did not go away in the way such pains usually do, with a bit of self-therapying.

I can usually rub on a lotion, stategically place the TENS machine everyday for a week or two, lean on a prickly massage ball against the wall to hit the spot and even ask a friend to have a go at what ever they do best.

None of this worked this time

Two weeks ago I took myself off to the doctor and surprisingly she gave me a prescription for six treatments.

The treatments can be what ever the therapist decides is necessary and mine has decided on a combination of manual therapy and massage. He is young and very good. After two fifteen-minute attempts to get through the almost iron-hard shoulder and neck muscles the pain has already decreased so much so that I can get comfortable at night, push a plug into the socket and brush my hair. Moving plinths is still hard going but funnily enough riding a bike is pain free. This makes me suspect that this fixed postion of my hands on the handlebars of a bike almost daily for the past fifty years is the cause of the problem in the first place.

Early this morning I had the third fifteen-minutes of work on my body and it was like magic. I did a bit of self-hypnosis, willing the muscles to relax, while the therapist did the hard work.

I would not have believed it possible if I had not written, only yesterday, about all one can achieve in ten minutes! I could feel with every movement that the therapist made that he was hitting exactly the right spot each time. The spots that I have not always been able to hit on my own with my massage ball and TENS machine.

So combined with the shoulder movements that I do several times a day and some swimming, I think the six physio-sessions should just do the trick, then all I will have to do is to carry on the hard work of keeping the symptoms at bay, some weeding and digging at Dad's in the autumn will be just the follow up medicine I need.

Today as well as having something good done for my body I did something just as good for my soul.

Directly after my treatment I returned as always to work. Each time I have thought how much better it would be to have the day off after physio to let the relaxed muscles relax some more.

Today I was handed some soul food on a plate

When I got back to work, which is just around the corner from the physiotherapist's practice, I discovered that there was no client for me this morning. For some reason my new stroke client, who is beginning with individual sessions before joining the group, was unable to come.

Instead of jumping back on to my bike and cycling the ten kilometres back home, I jumped on my bike cycled the two minutes to the cafe next to the duck pond in the village where I bought a newspaper and a coffee. I spent an hour with them both pretending I was on holiday in the shade of a chestnut tree, feeding my soul.

I consciously let the work of the physiotherapist carry on doing its job. Letting the deep massage and manipulation soak even deeper, into my soul, instead of into the moving of plinths.

Yes, now I am home and already back at the computer putting the tension back into the muscles again, but every five minutes I get up to make a few more daubs and strokes on the latest painting, to water the balcony, to read my book or to cool off a bit. All of which are good fodder for the soul and all allow the medicine for the body to soak in and do its job.

It would be lovely to hear that more centres are offering gymnastics or physiotherapy, fitness training or sport of some kind, to their team. But if no one takes up the offer then of course it will not happen.

One of the places that I have worked for offer their staff assitance with the payment of the yearly subscription for a fitness centre that occupies the same premises as the administration centre. Most of the people who have taken up the offer are office workers, I believe.

Don't forget that conductors need to look after body and soul too.
Posted by Susie Mallett at 12:38