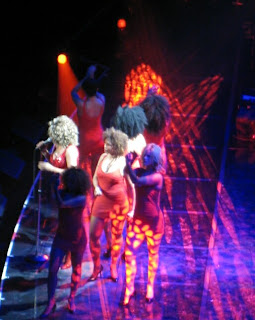 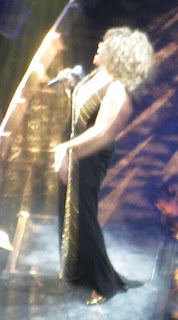 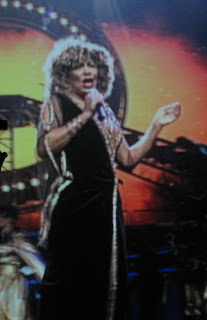 I had thought that writing this posting was going to be easy, with just a little bit of history and then a report about a good night had by all. Things turned out a bit differently.

My night out has turned out to be yet another wonderful conductive upbringing story that could take a bit longer than I expected and will unfortunately begin its life without pictures. I have several pictures that will fit the bill so perhaps interested readers will return when the technical features are fixed!

Where to start? Let us begin with…

I have built up a rather special relationship with my 18-year-old painter (and now Wii) client and his family over the past eleven years. When we met he was a very hard-working seven-year-old boy who was full of fun and often up to mischief. He had also recently learnt to walk independently for a short distance.

This young lad had attended many different therapy centres in his short life, sometimes having to take long car journeys with his Mum and Dad. It was on these journeys that he learnt to love rock music. Not just any old rock. Both he and his father were and are passionate about Tina Turner.

This lovely little boy was delighted when he met me, having persuaded his parents to let me work with him at home (he had refused to travel to any more other “therapies”, as he wanted to remain home with his siblings). Why this delight? He discovered very quickly that I too am as passionate a Tina Turner fan as he is. What is more I had seen her in concert twice and had a collection of CDs and DVDs that he could borrow.

For the next eleven years we rocked to Tina T in the walking, standing, lying, sitting, tramping-the-hills and conductive-cooking programmes! You name it we have sung it: Nutbush, River Deep Mountain High, Something Special , Simply the Best! We know all the words in English, which, my client being an athetoid with a tongue thrust that impairs his speech, is quite an achievement.

In more recent years we have also painted and rocked to Tina, and my client has even created pictures of her in concert, perched either on a stool or on her very high red-soled stilettos!

“In your Wildest Dreams”

As young as seven years of age he shared a dream with his Dad of just once seeing his favourite rocker live in concert. I also had a dream of actually being there with him, to see the delight on his face.

You can imagine his sorrow when several years ago Tina Turner announced her final tour, with no gigs nearby and therefore no live performance. I was so disappointed, not for me as I had seen the lovely lady twice, but for this young teenager whose dream was shattered.

We carried on nevertheless, rocking and working and marching to our CDs, making paintings from our DVDs, and enjoying what we had.

In summer 2008 I should have been working with my client when he celebrated his 18th birthday and leaving school. Instead I was in England with my terminally ill Mum. Several days after my Mum died I got a phone call from this very special family. Not only were they thinking of me at this very sad time but they also dared to phone. By doing so offering me a very special helping hand back to my life in Germany.

On this sad day in June they told me that Tina Turner was doing a tour of Germany, with two concerts in Cologne. Would I like to accompany Steffen and his dad, who were both receiving tickets for their birthdays, which actually sandwiched mine in the same week?

“Why must we wait until tonight”

I had no need to stop to think. I accepted the offer without delay and I have been looking forward to the concert for exactly seven months to the day.

I was in the north of Germany this weekend playing on a Wii with my client and his brothers and sisters (see my previous posting) but that wasn’t the main reason for my visit. Tonight was the night, the night, my client had told his Auntie, that he had been waiting for since he was about so big, indicating with his hand the size of a seven year old!

As our excitement mounted we sat at the computer, after a lovely relaxed family breakfast and a practice on Wii, searching for information on the concert, a glimpse of the Cologne Arena and any recent pictures of Tina Turner that we could find. We wanted to know whether she still looked so wonderful: did "something beautiful remain" after being in “retirement” for so long?
We could hardly wait, but wait we must, for the minibus to fill up with family and friends and then make the three-hour journey, with a few of our CDs playing old favourites to get us in the mood.

This "history" took a long time. Now we are in the present. Here we were, three passionate Tina Turner fans, just about to step inside the Köln Arena and make a dream come true for this lovely young man. His first-ever rock concert too. He was wide-eyed and surprisingly very quiet, lost for words for a change.

We found our seats and soaked up the atmosphere, we watched the seats filling up and ordered a beer, and then the screaming began and with it my double pleasure. I was thrilled to be seeing Tina again but I was spending just as much time watching my young client as he rocked beside me. It was very much like when people take their first steps with bare feet on sand,or see snow for the first time as an adult. All very special experiences to witness.

Tears came to my eyes as my client looked around and saw that the whole audience was getting to their feet as the atmosphere rose to a climax during “Nutbush". He grabbed my hand and stood up too. How could I resist? How many 51-year-old conductors can say they that have facilitated an 18-year-old client rocking to Tina Turner? Clapping, using both our sets of hands to keep the rhythm, my finger on his elbow so that he could wave his stretched arms in the air for longer, and the really conductive facilitation of holding tight on the back of his jeans so that he could rock as wildly as he liked without fear of toppling down the several rows of seats falling steeply in front of us.

We shouted the words of each song as loudly as we could and smiled for three hours. A sixty-nine-year-old womanly woman (see side panel of my blog) dancing for a rocking crowd for 150 minutes. She actually took a well-earned a thirty-minute break, during which I went off in search of a glossy programme for my client to peruse at his leisure at home tomorrow.

Tina Turner wore at least five outfits. How could I have lost count? She had the most amazing shoes, the ones with the red soles as always, and many more in every shade of glitter possible. She could still perform her characteristic strutting dance, which when we tried to imitate it while walking to the car park looked more like a line of waddling ducks! To top it all, Tina T, in her amazing stilettos, took a ride to the top of a tower and did an encore riding high above the audience, then running, yes running, up and down a very narrow runway. All this time she was singing too. Absolutely and quite simply “The Best”.

Both Tina Turner and my client are examples to us all on how to get the best out of life.

Thank you, conductive family in Northern Germany. I have had the time of my life, a special night that I will always remember, mainly because of a seven-year-old's dream coming true, but I can’t deny that seeing Tina T and her amazing shoes was also a treat!

“Simply the best!”
“Something Special”
“In your Wildest Dreams”
“On Silent Wings”
“Why must we wait until tonight”
“Tonight”
“Whatever you need”
“Two People”
http://en.wikipedia.org/wiki/All_the_Best_(Tina_Turner_album)

Fantastic story, Susie! Thanks for sharing.

Thanks for reading. Nice to know someone out there reading understands why tears filled my eyes!
Susie