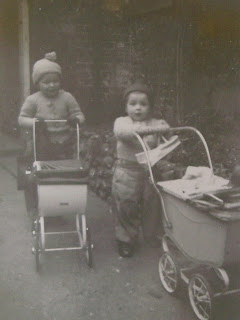 What did I experience in the four years at the Petö Institute?

Sounds about right, Susie, in my experience as a foreign parent at the Institute in the early 90s and as a parent who sought to have an impact on returning home.

Very briefly, some quick thoughts:
i) I was vaguely aware of the different experience of local, residential, children from that in the International group.
ii) my dream for a centre in Sheffield was more akin to the local group rather than the International group; that is, CE 24/7/365. However, if this was to be a non-residential service, there were implications for the role of parents.
iii) the reality was that initially, 1996-about 1998, in Sheffield, we broadly followed the International group pattern, with a small, fairly stable children's group, with conductors coming from the Institute in 6-week (approx half term blocks); since then, we have followed a typical UK non-residential school year - plus a summer school.
iv) the big questions with the day-school, school-year model ( a very dominant cultural model, of course) are: what happens as regards conductive upbringing when school's out and how do we engage parents in the conductive upbringing of the child?
v) theoretically, it should be possible to provide and fund through the broad understandings that underpin 'Every Child Matters' and the need for parent training. In practice, I suggest, the barrier to carrying this forward is still the medicalisation of the general understanding of CP among education professionals and others.

That's all too brief to make much sense, perhaps. However, for me, your reflections raise some profound questions about the service parents and children need if we are serious about conductive upbringing.