Bringing body and soul into balance 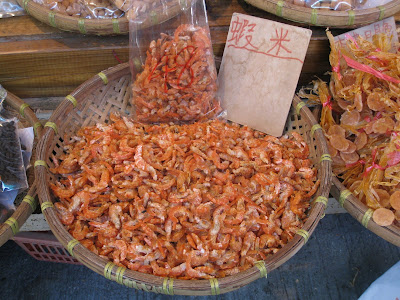 "Shrimps on sale in Hong Kong"

Those lazy hours of adjustment

I was having a look at the site meter on my blog while drinking my first cup of tea of the day. I had just been explaining to a friend in an email that getting Skype started up on a computer is not as difficult as one imagines and, if I can do it so can she as she is a wizard at other things on the computer.

A taste of my own medicine

Having tried to convince my friend of how clever she can be on the computer and also receiving some advice for my own computering troubles, I thought I should be brave myself.

Perhaps, I thought, I am just about clever enough to discover what the site meter on my blog can really do. I did not really understand it at all before, too many graphs and numbers for my artistic mind to deal with, or so I thought. I have not investigated it very much since I had it through fear of getting even more confused than computers usually make me.

Interests of the day: furniture, tinsel and clothes for conductors

I discovered that I can find out where my visitors came from, and which link they used to get to my blog. It was not surprising that many of yesterday’s visitors came from Andrew Sutton’s Facebook page. There were, I think, others from direct links from other sites including Conductive Post and personal blogs, but many visits are accidental hits from people who are "googling".

One hit came from someone searching “Pikler” and came across my posting on Dr Pikler, a paediatrician who was commissioned in 1946 by the City of Budapest to organise a home for young orphaned children:

Another hit was from someone searching for “Christmas tinsel”, something I searched for too in the shops of Nürnberg:

http://www.susie-mallett.org/2009/12/no-longer-lamenting-loss-of-lametta.htmlI think that there ere was also a visit from someone who was googling “conductors' clothes”. I have written about the clothes that conductors wear and the shoes that we have on our feet, and my blog appeared on the top of the Google list link on my site meter, with these two postings below:

A bit further down Google’s list of clothes for conductors I found this:

How to Cook a Conductor

“…Next, pour one-half of the cask of wine into a bath tub and soak the conductor in the wine for at least twelve hours (exceptions: British, German and some Canadian conductors have a natural beery taste which some people like and the wine might not marry well with this flavor…”

When I read the title I wondered who on earth would want to cook a conductor!

As I read further I realized that, as with other accidental blog hits, this hit had more to do with conductors of orchestras than with conductors of lifestyles, but why someone would want to cook one is still a mystery to me. My computer skills are not that good so I have not discovered the author.

I have had a lazy morning letting my body and soul catch up with the missing hour that spring steals from many of us. I sat over a long breakfast and a computer lesson but it is now time to get on with something more constructive, but I can assure you that I will not be cooking any conductors, perhaps I will play trains or paint the springing, spring.

In the local free Sunday paper it says under the title Hello summertime! : “Not only does the well-being of the soul benefit (from the lighter evenings) but it also motivates us to spend more time outside in the fresh air”.

Perhaps also to get on my bike!

Sitemeter probably doesn't know that I get your blog via rss feed - so i follow but don't actually open your page :-)