So different to 1989! Arriving at Ferihegy with a rucksack and a bike! 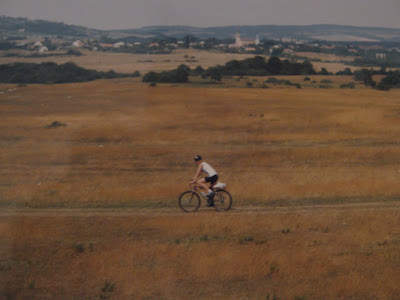 Me in Hungary 1991, somewhere near Balaton 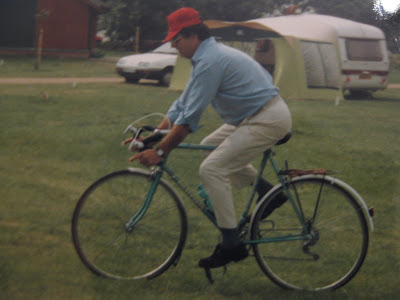 My Dad on my Claude Butler 1991 when we were camping in Southwold, UK 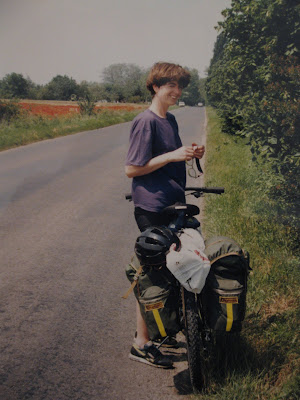 Me and my mountain bike in Hungary. 1991

I was looking at newspaper articles yesterday, looking in English, German and Hungarian papers, and I discovered this:

"Ferihegy airport will be renamed 'Budapest Liszt Ferenc International Airport' under an amendment passed by Parliament on Wednesday 16 March with 231 affirmative votes and 71 dissensions. Development Ministry state secretaries János Fónagy and Pál Völner had initiated the name change to mark the 200th anniversary of the composer’s birth."

Then I discovered this:

After reading this article I thought: “So different to 1989! Arriving at Ferihegy with a just a thirteen-kilos rucksack,(mostly books and an electric kettle), and a bike!”

I left in 1993, with two boxes, sent ahead with an international delivery service, and a different bike! The airport looked very much the same on the day that I left as it had on the day that I had arrived. Now it looks very different indeed, in fact now it could be anywhere in the world. It no longer has that mystery of Eastern Europe.

The Claude Butler racing bike, my pride and joy that accompanied me everywhere, had been swapped for an American/Hungarian- manufactured mountain bike that I bought on the Korut in 1991, after I had a nasty fall amongst the cobbles and tramlines in Buda. Having spent three weeks in bed after a scan revealed nothing but concussion, even with a helmet on, I reluctantly sent the racing bike back to UK and invested in something a bit more robust. Somewhere amongst my treasures I still have the receipt for that, my first, mountain bike. With this new bike began my career mountain-biking in the Buda Hills: