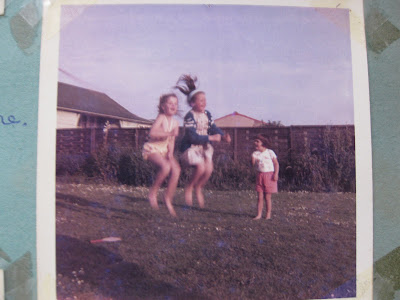 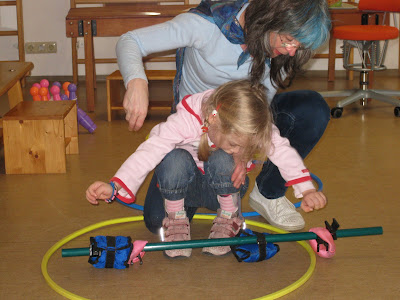 A day of doing what we are good at

All too often so many other things get in the way and stop conductors from just getting on and doing what we are good at - conductive upbringing.

I do not mean that there are not conductors who are good at other things too, but I think the majority of us would rather just be out there doing whatever aspect of it that we are best at. I for one do not want to spend hours of valuable time fighting for the opportunity to work. I want to be doing it, as I was today.

Whether it is writing reports, dealing with local authorities, lack of funding and therefore lack of clients, there are always a hundred-and-one other things that often stand in our way.

Today I was at work doing exactly what I am good at, and it was wonderful.

In the morning my stroke group returned after a long winter break of four whole months. Their last sessions ad been in October 2010. Normally they would have been here again in December, but of course I was in Hong Kong. So I met them for the first time for such a long time this morning and it was a very enjoyable experience for us all.

They are such a jolly crowd and have made such progress over the years. It is such a pleasure for me to work with them all and today the work was better than for a very long time. It ran like clockwork and we did everything imaginable, or so it seemed, from discussing the freedom that wheels give our clients, to climbing stairs, getting up from the floor, talking about the next moment after a photograph was taken, to wiping away a few tears.

Evi was there to help with the conducting

This meant that I was not running like crazy from plinth to plinth and repeating the more difficult activities four or five times each, as I have been doing for the past few years. Added to that was the fact that our Man Friday came in at just exactly the right moment to help move away the bane of my life, those heavy plinths. The room was clear and tidy for pedalo-riding, slalom-walking, football-playing, hoola-hooping, or whatever it was that took our fancy next.

Best of all was the fact that we had time to do every single aspect of my very varied programme, even though it was the first day back. We also had time for some very interesting discussion, one of the best aspects of work in the stroke group. They have really good topics to discuss.

Today it was the independence that wheels give the clients. I have written before about the man who got his new automatic car last year and who now drives himself to our group from his home sixty kilometres away. He told us about how difficult it had been for many months, before and during winter, because at first he was not allowed to drive because of torn ligaments in his shoulder and then his family forbade it in the winter months with so much snow and black ice on the roads.

He is so glad that spring has sprung this week.

Then we heard from the lady who I have also written about several times before. She has a new electrically powered wheelchair. She loves it, but she told us about how it exhausts her energy. She has had it a couple of weeks now. She began with short runs in the village, of ten to fifteen minutes, developing the duration daily by five minutes. She went out yesterday for one whole hour and reported that afterwards she had to go straight to bed.

It was more tiring than Petö!

What made her tired was the thinking about where she wanted to go and how she would have to steer herself to get there. She has been used for fifteen years to having someone push her when travelling long distances or around the aisles in the supermarket. Now in her powered wheelchair she was out there on her own, having to make all the decisions herself. Sometimes she was really shocked when, although she knew she wanted to go along a street on the left, she found herself turning to the right.

This lady is so disciplined and so determined, just like the man with his new car. They enthused about the independence that their new vehicles give them and now they even enjoy the exhaustion that using them brings.

The husband and wife of both these clients also enthuse about their own rediscovered freedom. It is amazing what a motor with wheels can do to transform the lives of whole families.

That was only this morning. This afternoon was also a great success.

I have been wondering and thinking and hoping for a brainwave for weeks and weeks. I have been hoping that one day I would make a break-through and be able to make some kind of link to an autistic client who I have been seeing since before Christmas.

Today it happened, through no planning of mine although it did involve in the end something that has been going through my head for ages:

The child arrived, reluctantly said his Hellos and asked whether he could have one of the free magazines that were out in the hall. A road-safety newspaper for children with one of their favourites, Captain Blue Bear doing the upbringing, while his different-coloured bear grandchildren were riding their bikes with helmets on and riding in cars with child-seats, etc.

Several weeks ago I had realised that this young man was really interested in cartoons, especially the Donald Duck books. I had wondered whether he would enjoy creating one of his own but I had not been able to get him sitting still long enough to find out. Today he took the initiative. He sat down with his newspaper and I grabbed pen and paper and started sketching. The client pretended to take little notice and continued turning the pages and completing the games, following the mazes to cycle through, looking for odd ones out, and doing more of the usual comic-magazine games and puzzles. Then all of a sudden I was asked for paper and pencil. Of course I had it in front of him in seconds and was promptly given the instruction not to look. I had an excuse not to look as I was very well occupied, thank you very much, with my own drawing. This was the first time in all those weeks that have now turned into months, that this child who comes to me for art therapy has drawn a picture. And to top it all, he very carefully rolled it up and gave it to me!

What is more, he did not immediately leap up from the table when the first picture was completed. No, he asked for more paper, and this time took the coloured pencils and the felt pens to draw a face that filled the whole page. I was thrilled when he presented me with this too.

He had written For Susi on the top, so I wrote For I.T. on the top of my pictures and gave them to him. I had made six boxes on my paper and drawn six figures from the magazine, one in each. I had given them all a speech balloon that I had left empty. I still hope that my client will make up his own story and fill in the bubbles with words. He was a little bit embarrassed to have received these pictures from me and, although he accepted the gift gracefully, they have been left on the table at work. Here they will remain until next week when my client will have the choice to carry on with them. By then I will have armed myself with a new comic newspaper!

As always inspiration was around the corner, or as in this case just outside the door in the hall!