Some reflections on snake oil 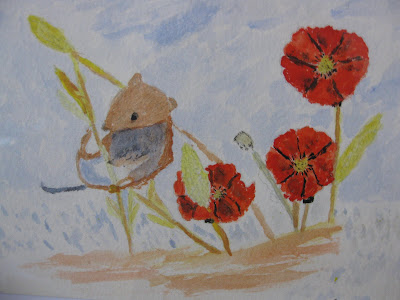 I talked to someone last week who used once to come to our CE groups, an adult client with cerebral palsy. It had been suggested to her that she should return.

She said “No I don't want to, it didn't work for me. So her two thousand Euros for a four-week block (it did not cost her anything as the charity would have paid) would have been wasted. But people save up thousands (Euros, Dollars, Pounds) for their summer camps, that also may not “work” for them. The client I spoke to is really saying that our conductive group was "snake oil" for her. Who can argue with her?

I think that some of the so-called snake-oil therapies do do more good than people think (not necessarily stem cell which could possibly do more harm than good, we do not know yet).
I once knew someone who tried many of them – manual therapies, magnet therapy (I enjoyed that one!), quacky ones from Asia in which liquids are extracted though the body, sharmanism, hypnosis, acupuncture, drinking waters from and sitting in slate mines (I enjoyed that one too), cortisone therapy in extremely high doses combined with a diet filled with seaweed and high amounts of vitamin B (I hated that one as the cortisone influenced his behaviour so negatively but he thought it great as physically he really was much better off). It was after this one that, with my help as a conductor and a carer, and his family's, he began to walk again with a rolator. The motivation only lasted a short time, though, until he realised that if he could walk again and do more things he would be in danger of loosing the third level of care money that he had, so he stopped using the rolator! So even CE did not work there.

I tried many of the therapies with him or accompanied him on the journey through carrying out some of them to the end, and being poor for a while because of the costs. Some worked because he did what was required for them to work, in a physical sense. Some worked because psychologically the attempt to do something good for himself really boosted him, and his mood boosted me and therefore his health and life improved.

We should not fail to consider that something that we may think has had no affect on a condition or illness may in fact bring about positive changes just as it can negative ones, or none at all. When a parent or disabled adults say that a snake oil brought about certain changes there is no wonder that they become indignant if someone refutes this possibility. We must be careful, it is possible that there are very positive changes in the lives of whole families.

What is it that is working here?

We have to recognise that something that we may think has had no affect on a condition or illness can bring about positive changes that we are not expecting.

How can someone outside know that there have been no changes in a child or a family when the those actually involved actually think that there are. We can't . How can conductors looking at a child at work know about any changes in the family unit because of a therapy being undertaken. We can't. We should be very careful when we say that doing „therapy” cannot do anything positive. It depends on what you are looking at.
I do not say that all or any therapies are necessarily good or bad. I do say that we cannot judge for somebody else. Perhaps the lives of a family are greatly improved because they have taken their child or partner somewhere, for stem cell treatment for example, or to drink waters from a slate mine, most probably not from the treatment itself but quite possibly from the whole experience: the hope, the positive experiences with doctors, nurses, the accompanying advice or therapies, the holiday-like time with husband and other children around. We just do not know. From my own experience, sometimes the money spent on a trip to Munich for some hocus-pocus iris therapy for my friend, and some craniosacral therapy for me in the praxis opposite, were worth their weight in gold. This was not because the iris therapy had any influence whatsoever on the medical condition but because those many trips had a very positive healing effect for both of us. As far as I was concerned the pleasure of treating me to the craniosacral therapy as a little present and the motivation to be active were the greatest influences of all. As far as he was concerned, though, the whole trip to the iris therapy produced good results. Whatever it was it had a positive influence on both our lives. My friend remained motivated to get in the car, to go to new places, to meet new people, to take an active part in life.

We should be so very careful in our criticism of how therapies work, snake oil or not, and how they are undertaken. There are many people, including myself, who would look at some conductive centres and say “Snake oil”. The parents are not there. This is not what it says is being sold, etc. But the snake oil on offer at such centres may still be doing those particular families a power of good.

I do feel strongly, though, about what pretends to be conductive education, but isn't.
Conductive education is expensive too. Some people consider the results not worth the money either. This may be for various reasons and perhaps sometimes because they have been given snake oil rather than being told "For your two thousand pounds you were not given „the cure”. You were just given your starter for ten. Now get to work, and I will help you along the way.”
"The therapies” that I experienced personally also showed results only if followed through intensively to their conclusion (if there was one). But how many conductive centres are there that offer this, following through what was initially offered until it shows some result?

It may be hard to convince families that it is better to take the road that it hardest to travel because the destination is more beautiful than the one at the end of the easier journey, the one along the "Give your child to the therapists to cure" road.

AP gets the last word, or that is what I would like to think!
We really must be careful how we critise what users of different therapies claim to have received from them. András Petö would perhaps have been the first to agree about the healing influences of a healthy soul, and there are many paths towards achieving a healthy soul.
Posted by Susie Mallett at 01:09

Susie,
I commented in relation to this on Andrew's blog. http://www.conductive-world.info/2010/09/opiates-of-people.html

I expect I will have more to contribute to this discussion later when I have given it some more careful thought.