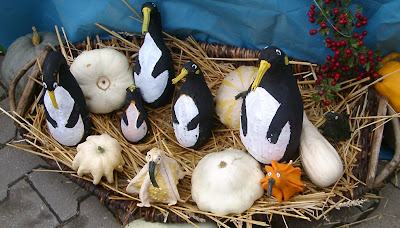 And it has been wonderful as always.

My colleague has been back working in the integrated Kindergarten for a week or two already and in their beginning-of-the-new-year team meeting she managed to negotiate something that we have been wishing for for over a year now. Something that is so important to us, a much valued quantity:

We how have three hours at the beginning of each Kindergarten Petö-block all on our own, just me and my colleague. Our four children remain with all the other children and staff so we can make plans for them!

What luxury not to have to do this over a cup of coffee at one of our two homes or in the local café.

Apart from the time we spend together working with the very little littlies from the Montessori-Petö Kindergarten my colleague and I rarely see each other for more than just a wave good morning or a shout good bye though the window. So we really are very grateful to be given this time to get prepared for when four children with four different languages appear on the doorstep. We now make up a group of six people and six languages.

So although I was back at work on Monday it was not the same sort of work as with the children.

The following day after our preparations we only had two children with us but had the occasional visit from the very new three-year old who was to join us full time for the rest of the week. We had a lot of fun on our first day, I am sure the fun will continue.

It is amazing that despite a very long holiday for both our five year old boys, one was in Greece for eight weeks and the other in Turkey for just as long, they have progressed enormously. Large families back home have been working very hard all summer on bringing them up, spoiling them rotton, and giving them lots of love.

On his first day back our little Greek boy was more active than we have ever seen him. We are not sure if his speed at rolling, sliding, bunny hopping and crawling was to do with the fact that his grandma has been playing with him all summer or whether it was because we have a lovely new floor surface to play on that the children love.Which ever it is he is doing really well.

As the week has gone on the children have continued to show us all the new skills that they have acquired. They have taken the new littlest of littlies to their hearts and one little boy particularly enjoys taking her to the bathroom to show her how to wash her hands. He is an only child and seems to love taking on the role of big brother. For two days she has just gazed at him with adoring eyes! Her new-at-Kindergarten-tears have dried up.

We have a real Indian- Summer with lots of sunshine and reddening leaves with the temperatures in the mid-twenties all week.

Today the staff from the Kindergarten brought in a crate full of pumpkins.

Did you ever look at the funny shapes pumpkins come in?

Just like when cloud watching, it is easy to image the pumpkins as animals, swams and ducks elephants , penguins and snakes jump into the imagination.

That is what we did today, we imagined animals. We played animal-naming games, some guessing-animal-noises games and afterwards had some great paint-your-animal-pumpkin fun.

The results are not quite as professional as those my colleague and I saw in a local village autumn festival, but we are very pleased with them.

I forgot to take photographs of both the new motivating-flooring and the pumkins. They will have to feature in a later posting.

It has been a really busy and exciting week at our conductive centre, with lots of action in the groups, lots of new arrangements to be made and new projects being developed.

I know that I am going to have lots to write about in the next few weeks on this blog at least. I am hoping that I will receive some articles soon to keep the other one rolling along too.
Posted by Susie Mallett at 20:30