One language, the soul 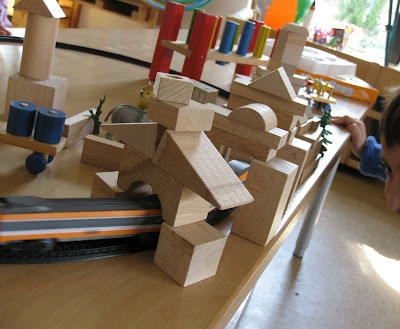 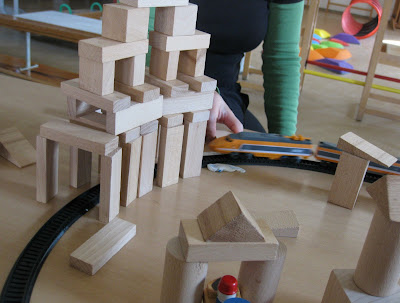 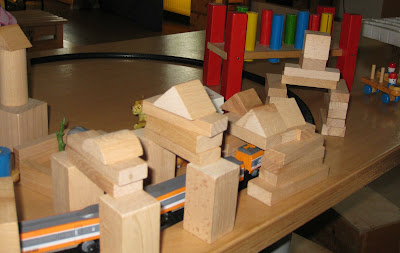 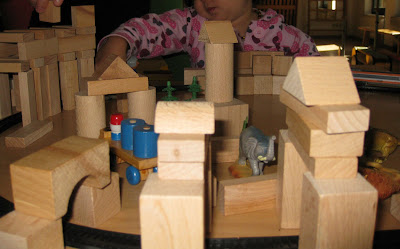 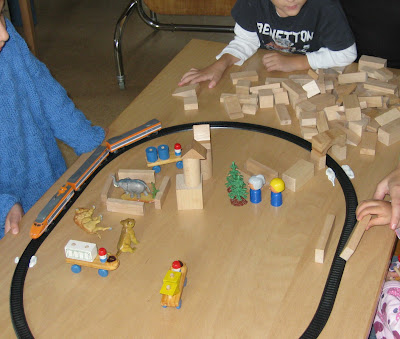 Turkish department will soon be leaving me high and dry in the German-language department! The Turkish member of our little group of six nationalities is speaking such a lot these days, with long sentences and lots of questions.

When we were out in the hall last week having climbed the stairs to look out of the window across the fields to the dual carriageway where there are always lots of lovely cars and lorries, he picked up a leaflet from the bench. The leaflet described an outing to a children’s fun-park. It was the picture of the Adler on the front that had attracted him. It is the one-hundred-and-seventy-fifth birthday of the Deutsche Bahn. The Adler, the first ever train in Germany that followed soon after Stephenson’s Rocket in Britain, and its journey between Fürth and Nürnberg is being celebrated just about everywhere in the area. There are posters about it all over the place and I was quite delighted to discover that this littlie from our Kindergarten had been keeping his eyes peeled while out and about in the city.

"Wo ist das Eisenbahn?" he asked me. Where is the railway?

Now that is quite sophisticated way for a five-year old “foreigner” to ask. He could just as easily have asked me where the train is, but he knows, just like all us Eisenbahn enthusiast do, that it is a railway!

I eagerly read the leaflet to him and explained about the Play-mobile advert for a toy railway that was on the back. Play-mobile is build just down the road from our Kindergarten, most of our children have been there many times.

The little boy put the leaflet in his bag beside his lunch box to take home for Mum.

That was not the end of it

Sometimes I wonder how little boys know. They seem to sense they have the right person before them. this child was not the first one who has got me talking about and eventually playing trains! Take a look at the photo here:

All last week each time this little Turkish boy saw me, arriving with my bike, leaving with my bike, collecting lunch dishes, or while working together he asked me about railways but never about trains. He asked and asked until eventually he discovered that yes indeed I have an Eisenbahn at home. In fact he discovered that as well as having a layout on the coffee table I have three railways still packed away in boxes. Those that I recently bought for three euros each at the cheap and cheerful shop!

“Will you bring a railway?”

“When will you bring a railway?”

“Have you got the railway in your bike?”

The questions changed everyday, very cleverly I thought, until it was a matter of fact that the railway would be brought, it was only now a question of when.

Today was the day

I had packed the railway in my bike pannier on Friday evening just so I did not forget it. I also remembered to pick up a battery for the engine as I went out of the door this morning.

When I arrived the children were playing together with cars and farmyards and houses. I was sure that they had not even noticed me slip into the changing room with my bags, but one had and I heard him ask:

My colleague had no idea what he was talking about , but I did. I shouted out that it was in my bag.

We made a plan for later

After breakfast we would stand at the table and a layout would be made. Bridges would be build, roads too with cars and lorries driving on them, tunnels improvised from other toys and people watching the world go by. No other motivation was needed to get through the next hour or so now we knew that the Eisenbahn was in town!

What is it about little boys and Eisenbahns?

And little girls too?

They were all thrilled and so careful with it. Wide eyed and at loco level they played for what seemed like forever, absolutely oblivious that they were practising standing and fine motor movements. We were just playing and as always having fun in, six languages. One common denominator was the love of the Eisenbahn.

I think my three-euro layout may be staying for the duration of this three-week “Petö” group!