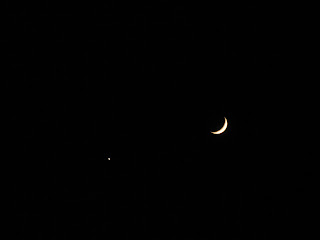 A Guten! That’s what most people will say to each other here in Nürnberg as the fireworks fly above the castle at the end of my street. Then at thirty minutes after midnight the smog will descend over the city as hundreds of thousands of Euros worth of Chinese fireworks go up in smoke.

The fireworks first went on sale here in Germany two days ago and from the armfuls that I have seen leaving the supermarkets. This makes me wonder whether China, with all its products still swamping our market, is feeling the crunch! The Germans obviously still have enough money to burn! As I sit here I can see and hear the first rockets whizzing over the roof tops, the first Euros disappearing up above my head into thin air, or maybe I should say into thick smoky air.

Being old-fashioned and very British, I much prefer the sound of the church bells and the horns of the ships in port to the fireworks. I like to hear them ringing out the old year and ringing in the new.
Yes, I can remember from my childhood in Norwich standing on the front doorstep with my Mum and Dad listening to the bells and the ships' sirens. That was when there were still ships coming up the river, delivering coal to Norwich. I just spoke to my Dad on the phone and he said that if he is still awake he will go out on the doorstep. In the same breath we both said “But only to hear the bells”. No more ships in Norwich these days, the industry has gone and the river is silted up.

In Germany we wish each other “Einen guten Rutsch ins neue Jahr”, which literally translated means "Have a good slide into the new year".
More accurately it means have a good start to the new year, the word Rutsch deriving from the Yiddish language. The word Rosch means "beginning", guter Rutsch: good beginning.

German Wikipedia offers lots of alternative explanations as to how this greeting came into general use. Another version is that the word Rutsch was used earlier to describe a short journey. The popular custom that began in the late 1800s and early 1900s, of sending greetings cards at New Year, encouraged the use of the shorter version “Guter Rutsch” which was printed on the picture postcards and is still used today.

We will shortly all be sliding into 2009, many of us out on the streets tonight with neighbours and strangers. But how many will be thinking as I am about the meaning of the slide this year. Are we sliding into austerity? Will we still be burning so many fireworks next year? Are the Germans with their arms full of fireworks (money) to burn really not thinking about the financial slide just yet? Are they as worried as the rest of the world?

In social work the problems are already being faced, provision for disabled people is being cut in every possible area. I am so grateful for a donation that I received word of two days ago, which will allow just a few people to attend my groups for half price! The January sales, offering cut price sessions, have begun!
Personally, I have known austerity on and off for years, I could say that I have been practising, I have already been there and hopefully because of past experience I will find it easier to manage than many will. Over the past year many weeks of my work have been cancelled, so I also know that other people are feeling the crunch too.

2009, The Year of the Seele!
In 2009 I may not be looking forward to becoming a Euro millionaire but I am looking forward to other riches. I am looking forward to maintaining all the contacts that I have made in the conductive world and to forging even more. I hope to be able to offer support to young conductors, and to parents and users all over the world. Conductors starting out on their own in out-of-the-way places or in huge cities, and parents, carers and users wo are starting out on lives that incorporate conductive upbringing.
All of us at some time will face questions needing answers, maybe we can try solving them together.

I look forward to being active in the further establishment of Conductive Education throughout the world, taking steps forward with my fellow conductive souls.
I won’t be sliding into 2009 but will be making strides and spiralling upwards. I hope tat you all will be joining me.

A big “thank you” to you all for 2008, it certainly wasn’t easy, but it spiralled steadily upwards,

and to Lill, Marthe,Ingvild and Becky (and any one else out there) please keep picking my brains!