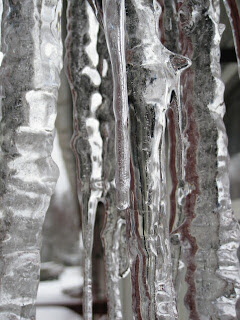 In all the time that I have been teaching in special schools or working as a conductor there have been only three accidents till last week, and all of them involved something that happened to me.
Once I was bitten on the shoulder, and blood was drawn. Another time, while teaching the use of scissors, a lump disappeared from my finger as well as from the paper we were cutting. On another occasion, I fell while walking through the parallel bars with a tall, thin teenager. In slow motion she fell on top of me, neither of us were injured, and luckily her landing was somewhat cushioned!

The day before Christmas

On the day before the Christmas break it was different, I wasn't directly involved at all, although I was standing just inches away. I was leading the “workers group”, the four young people aged between 24 and 38 who all have cerebral palsy. One of my clients rolled off the plinth in his attempt to sit up, a movement that he has done for many years totally independently.
He slightly injured his mouth as he landed on the floor, his eye tooth cutting into his upper lip, and as a precaution he was taken off to the Doc to check whether any stitches were needed (they were not), everybody concerned working fast, calmly and efficiently.
No serious damage done, but a shock for everyone, not least for the other clients in the group.

I arrived home later that same evening to find a mention on my answer phone telling me all was well, he had wanted make sure I wasn’t worrying and to prevent me having a sleepless night!

Why did it happen?
The members of this group are very independent, they bring themselves into the room, take coats and shoes off, get settled on their plinths and then we start the first programme. At the end of the session they do the same in reverse, I am rarely needed for these self-help skills. It was during this time when the group members move around independently that the incident happened which made it much more of a shock for all concerned. Once the injured client had been looked after I realised that I was not going to be able to carry on with a standing programme with the rest of the group as I had planned, as everyone was shaking! So we were spontaneous and creative and as it was Christmas a hand programme and some drawing of Christmas cards seemed appropriate. It was apparent, though, that at the same time we needed to talk about the incident, the rest of the group were suddenly aware that they too are vulnerable to having such a fall, however independent they are.
The drawing and the talking did the trick and we finished the session calmed and relaxed. We discussed how important it was to know what is happening in our bodies at all times, especially when we are exercising. We need to feel the tensions, and the aches and pains, and to adjust the movements accordingly, and above all to learn to ask for assistance when necessary.
This particular client on this particular evening had been very tense, he had complained earlier of having had a stressful day, perhaps he and I should have realised that maybe his usual method of sitting up wasn't going to work this time. As we saw, it didn't.
Listen to your bodies
I once personally experienced something very similar, not listening to my body. I had cancelled an appointment in the city because I was tired, but instead of curling up with a book I took myself out in the snow for some fresh air and immediately fell and broke my arm.
I hadn't listened to my body. I didn't change my behaviour or my movements accordingly, the result was that I fell.
I question of course whether I had used my conductive observation skills well enough on this occasion in my group. Incidents like this happen so quickly that there isn't always anything that one can do in an instant to prevent them. All the same, one always asks questions in order to prevent it happening again. I have learnt that on those days when clients complain that they feel different, whether because of a change in the weather or a lot of new experiences in their life, I have to say to them "Be aware, you may have to do things differently today". I have to be there to show them how things can be done differently but still independently. This recent incident might possibly have been prevented by his reaching a hand over on to the neighbouring plinth.

As simple as that.

I am personally insured against any accidents that happen to me or to my clients during our work together. On this occasion I was doubly insured as I was also insured through the institution where I was working. It is really important to have this cover, as I just discovered anything can happen, unexpectedly and very fast.

Are all conductors everywhere adequately covered by insurance?
Posted by Susie Mallett at 00:39