I met another Nice Angel 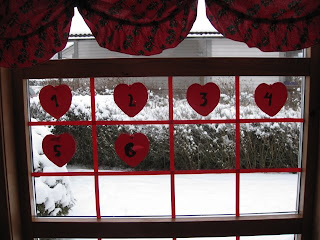 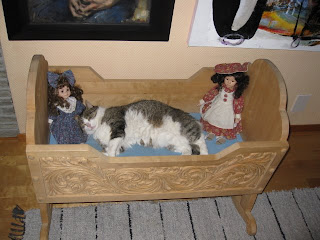 I have had a lovely Saturday, spent with a lovely Norwegian family. On Friday evening I met another of the Norwegian conductors, Ingvild, who also works for the Norsk Forum but in Stravenger on the west coast.
Ingveld was home in Hamar for the weekend, visiting her parents for the last time before Christmas, and she invited my Hungarian colleague and myself to a traditional advent lunch. We tucked into a delicious porridge with cinnamon, raisons and butter with just one whole almond in the whole pot. The person who finds the almond receives a marzipan pig as a present. This custom reminded me of the English tradition of putting silver thruppenny pieces in the Christmas pudding. In both cases a chance of breaking a tooth biting into the foreign body! The lucky marcipan pig I know from Germany and New Year celebrations.
We washed the delicious food down with warming Gluhwein, and afterwards enjoyed coffee and tasted Grandma’s Christmas biscuits.

I was thrilled to be at last experiencing real Norway. Up until now I could have been in any Conductive Education centre anywhere in the world, with the Hungarian and English languages dominating. Now I know I am in Norway and I just love it, the language fascinates me. I just love hearing it being spoken, or sung, and I try to guess what people are saying.
It was a treat to be invited into a family home and see how Norwegians live. It is very traditional and very much like Bavaria, Germany, where I live.
Morning

Another Saturday treat, apart from sleeping until nine o’clock, was daylight, about six hours of it. Although there was still no sun and very grey skies, I could still feel the light working on my skin and producing just a little bit of the much needed vitamin D for me! It had been dark again by the time we were driven home so I was still unable to really get my bearings. The snow was freezing over for the night, deep and crisp and even, minus ten was forecast. Despite such a small amount of daylight I was still able to gather a few memories of the landscape and the people, maybe just enough to paint a small watercolour to feature on a later blog.
The painting will probably feature the sledges which I saw in Hamar today. They are very practical, having a seat at the front for a child or the shopping and two skis projecting from the back to step on and scoot along. They are good for young mums and for older people too. I think that I probably need one too for the mornings when the snow has frozen over and the streets are like an ice rink.

I made up a perfect name for that sledge! Kicker! :) my canadian friends loved that name. :) we tried one home from a party two years ago, imagine the fun! :)