Back home to roost 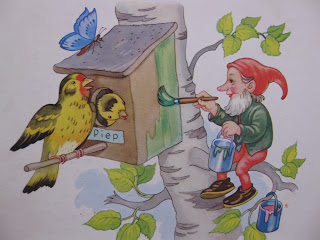 The arrival of more than just warm weather!

Last weekend I dragged my lonely and neglected bicycle up from the cellar, pumped up the tyres and hung it up in the Hof behind the house. I was expecting to jump on it for the first time this year the following morning so that I could enjoy the ten kilometres to work in the fresh air instead of on a crowded tram and bus.

I did not jump on the bike until Thursday because the temperature at seven in the morning was still not much above zero.

Am I really turning into a fair-weather cyclist after all these years of riding come-wind and come-weather?

On Thursday the wind changed and with it came high temperatures, over twenty degrees higher than on Monday morning. So not only did I get on my bike (more about this later) but I also got out on the balcony.

While I was out there tidying up the winter’s debris I heard a familiar cooing.

When I returned from my visit to England a couple of weeks ago the first thing that I had done, when I walked in the door at nearly midnight, was to check whether my balcony guest had returned. The old nest was still empty and looking untended but there were tell-tale signs on the ground below that someone had been about.

It was not until two days ago when the warm weather enticed me to sit outside with my coffee, and later with my lunch, that I heard that soft cooing again. It was coming from just above my head.

Last year’s guests certainly had returned and much earlier than in 2011. There, just two metres away, I spied that beady-eye looking at me again. This year I was being observed from a couple of branches higher, actually in the neighbouring tree.

I still have a perfect view of the nest

I can see the male or the female bird (it is impossible to tell the difference) sitting there eyeing me up, but at a distance that makes me able to use my balcony without disturbing Mr and Mrs Collared Dove.

It really was a lovely experience last year observing that bird family at such close quarters, witnessing the arrival of the baby-bird, watching it fledge and seeing the rate at which it grew, but it is better all round that the family decided to move house. I am, however, very grateful to them for remaining within viewing distance. I know what is going on from past experience so just seeing that they are they is enough to give me a bit of company without my disturbing them when I tend my geraniums and strawberries.